The oldest but most famed tiger of Tadoba Andhari Tiger Reserve, the state's largest national park, died some two days ago, said an official. 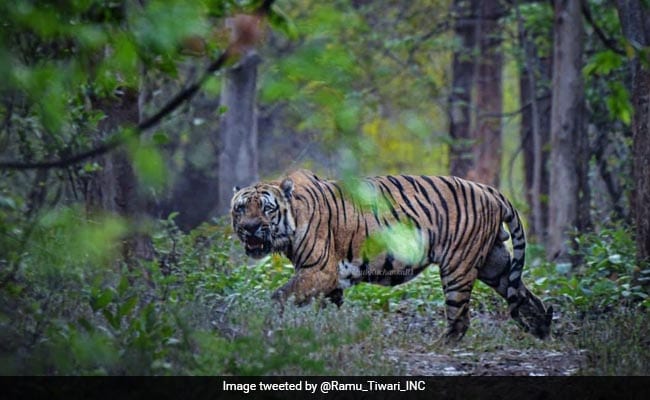 The 15-year-old tiger, 'Waghdoh', might have died due to old age, said an officer.

The oldest tiger of the Tadoba Andhari Tiger Reserve (TATR) in Maharashtra, which recently killed an elderly shepherd, was found dead on Monday, a forest department official said.

The 15-year-old tiger, 'Waghdoh', whose carcass was found near Sinala village in Chandrapur district, which houses the reserve, might have died due to old age, said Prakash Lonkar, Chief Conservator of Forests, Chandrapur Circle.

The oldest but most famed feline of TATR, the state's largest national park, died some two days ago, he said.

The tiger had killed a shepherd in Sinala village over the weekend and since then, officials of the Chandrapur Forest Division had been watching its movement, Mr Lonkar said.

Sources in the forest department informed that due to old age, the tiger had migrated from TATR to the buffer zone of the reserve and settled near Sinala.

The big cat attacked and killed a 65-year-man on May 21 when he went inside forests near the village to graze his goats.