Read inOther Languages
This Article is From Nov 08, 2019

"Nobody Claps With One Hand": Top Court To Lawyers On Clashes With Cops 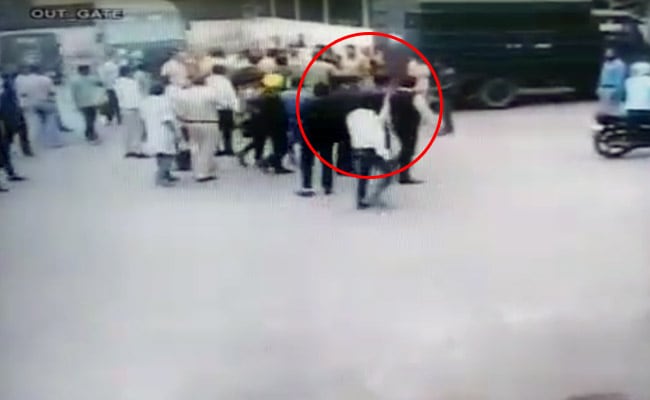 Both lawyers and police are to blame, the Supreme Court said today after violent clashes between the two at Delhi's Tis Hazari court on Saturday left nearly 30 people injured. The shocking incident, which led to an unprecedented protest by Delhi Police on Tuesday, in which hundreds of cops took to the streets demanding protection from lawyers and others who would attack them, was caught on security cameras. The disturbing footage includes that of a senior woman police officer, who has alleged she was groped and beaten during the clashes, pleading with a mob of lawyers before she and her colleagues are overrun.

"Nobody claps with one hand. Problems are from both sides. We don't want to say more," the top court observed. "We are silent for a reason. Nobody can say we acted in a certain way since they did that".

The Supreme Court, which was told by Manan Mishra, Chairman of Bar Council of India, that the situation would be resolved within two days, also disagreed with lawyers' complaints of police atrocities.

Appearing before the Delhi High Court on the day after the clash, the lawyers had claimed they had been targeted by the police. "They want to paint us as villains," Mohit Mathur, who represented the Bar Council of India, said.

"...one advocate was dragged by 14 police officers. It is all captured on CCTV footage," he added.

Another alleged cops fired on colleagues and women lawyers had been attacked as well.

The lawyers' comments came as CCTV footage accessed by NDTV shows lawyers trying to set fire to vehicles outside a room in the Tis Hazari complex in to which a group of policemen had locked themselves to protect themselves from the rampaging mob.

On Sunday, the High Court had taken suo motu cognisance of the incident and came down heavily on the cops, transferring two senior officers and suspending two others. The court also awarded compensation only to injured lawyers.

The Supreme Court's remarks were made while hearing an unrelated case about lawyers on strike in Odisha.

Saturday's violence started with a fight over a parking spot. Around 1:20 pm, a policeman confronted three lawyers who had allegedly parked wrongly, and asked them to remove their car. Around 20 policemen and eight lawyers were injured in the violence. At least 20 motorcycles, including nine police vehicles, were vandalised.