No Respite As Heat Wave To Continue Across Northwest, Central India

The IMD also warned that an intense heat wave are likely to grip the National Capital from May 27 to 29. 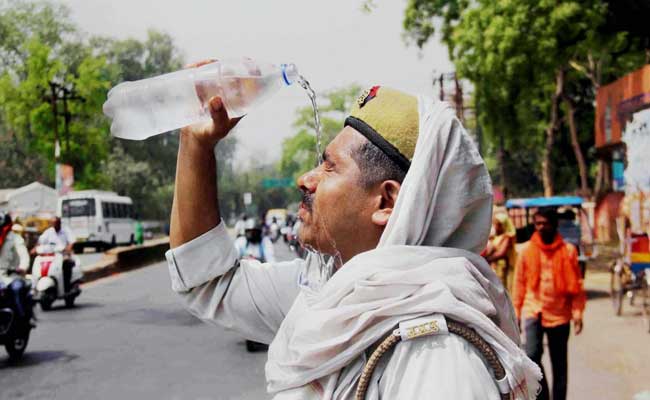 New Delhi: The national capital saw another scorching day on Wednesday with maximum temperature reaching 43 degree Celsius, three notches above the season's average, and is, along with north, central and east India, set to face a heat waves all this week.

"Heat wave conditions are very likely to persist over parts of Northwest India and Central India during May 23 to 27," an official at India Meteorological Department told IANS.

The IMD also warned that an intense heat wave are likely to grip the National Capital from May 27 to 29.

According to weather analysts, next respite from excessive heat is likely only towards the end of May.

"On Thursday, easterly winds may cause mild dust storm or thundery development but that will not have any effect on the maximum temperatures," Mahesh Palawat, director of private weather forecasting agency Skymet, told IANS.

According to IMD, Thursday will see heat wave conditions in Haryana, Chandigarh and Delhi, Rajasthan, upto 50 per cent of places in Punjab, west Madhya Pradesh and Vidarbha and upto 25 per cent places of Gujarat, east Madhya Pradesh, Himachal Pradesh, Uttarakhand, and Uttar Pradesh.

According to IMD, Wednesday's maximum temperatures were markedly above average (above 5 degrees Celsius) at many parts of Uttrakhand and at some parts of Himachal Pradesh and appreciably above normal (3.1 to 5 degrees Celsius) at most parts of Haryana, Chandigarh and Delhi; and at many parts of Punjab, some parts of Rajasthan, few pockets of Jammu and Kashmir and central Maharashtra and at most parts of Gujarat and Madhya Pradesh, sub-Himalayan West Bengal and Sikkim, Konkan and Goa and Vidarbha, at some parts of Uttar Pradesh and Kerala, at one or two pockets of Assam and Meghalaya, Gangetic West Bengal and Marathwada.

In Delhi, the minimum temperature on Wednesday was recorded at 26.7 degrees Celsius, or average for the season.

According to IMD, Thursday may see slight respite with trace of slight rains at some parts, but only towards evening and maximum temperatures will still hover around 40 to 43 degrees.

On Wednesday, Palam, at 45.2 degree Celsius or five notches above the season's average, was the warmest region across the National Capital. Meanwhile, Ayanagar sizzled at 43.9 degrees, Ridge area at 43.2 degrees and Narela at 44 degree Celsius respectively.

Both Gurugram and Faridabad sizzled at 44 degrees.

Meanwhile, the humidity across Delhi dropped as the day passed, oscillating between 23 to 44 per cent only. "We are observing weather patterns and its too early to comment if slight rain showers are likely towards the end of the month or May 29. It may or it may not be the case," said Kuldeep Srivastava, scientist at IMD said.
Comments
heatwaveWeather