Uttar Pradesh floods: The situation has improved in the state. So far the number of districts hit by floods are 19. 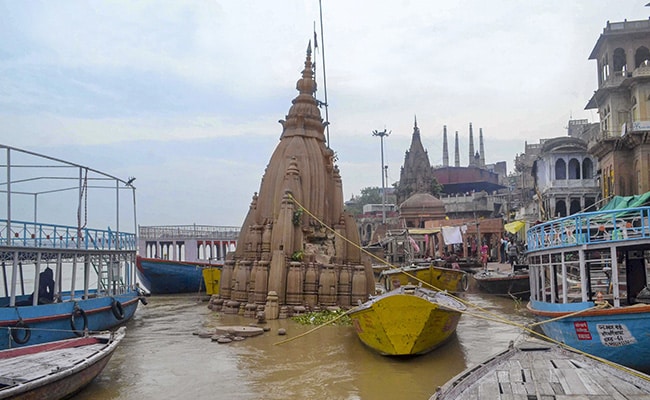 Monsoon 2020 image: A temple submerged in flooded Ganga in Varanasi

"The flood situation is improving in the state. There are 922 flood-hit villages; 571 among them are marooned," state Relief Commissioner, Sanjay Goel said.

According to the relief commissioner, the Sharda river at Palia Kalan in Lakhimpur Kheri and the Saryu at Elgin Bridge in Barabanki, Ayodhya and Turtipar in Ballia were flowing above the danger mark.

In case of deaths in flood-related incidents, Chief Minister Yogi Adityanath has directed officials to provide relief to the family members of the victims within 24 hours, the relief commissioner added.

The Chief Minister has also asked the district magistrates to conduct a survey on agricultural losses due to the floods. Yogi Adityanath directed officials to set up shelter homes for cattle as well.