Ms Banerjee further urged the Prime Minister to "speedily import vaccines" to match the massive demand in the country. 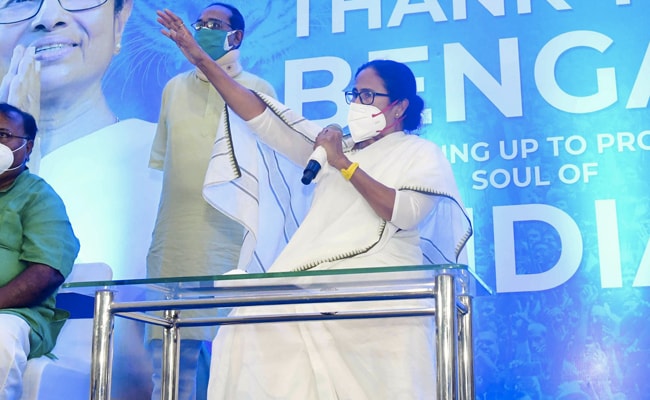 The vaccine production, supply, and distribution in the country is "extremely inadequate" and "insignificant", spotlighted West Bengal Chief Minister Mamata Banerjee in a letter, her third in two weeks, to Prime Minister Narendra Modi.

Ms Banerjee further urged the Prime Minister to "speedily import vaccines" to match the massive demand in the country.

The national vaccine campaign has been spluttering as several states have had to pause or delay the latest phase of vaccinations, covering adults below 45, because of the shortage of vaccines.

"It seems, however, that the production (and hence, the supply and distribution) of vaccines in the country is extremely inadequate, and insignificant in the context of the massive needs of the people at large," wrote Mamata Banerjee.

Currently Serum Institute's Covishield and Bharat Biotech's home-grown Covaxin are the two vaccine choices in India. Russia's Sputnik is the third vaccine in the offing. Five more vaccines, according to government officials, will be in use in India by October.

Mamata Banerjee underlined that vaccination, according to experts, is the "real antidote" as the country battles an aggressive second wave of infections.

"With the aid of scientists and experts it is possible to identify the reputed and authentic manufacturers... and it is possible for us in this country to speedily import vaccines from those ends across the different parts of the world. I urge you to embark upon this endeavour without any further delay," Ms Banerjee wrote.

Liberal, proactive and discerning import of vaccines is the paramount need today, she stressed.

The Chief Minister further requested the Prime Minister if world players could be encouraged to open franchise operations in the country and assured of West Bengal's complete cooperation.

"Even the national players could be inspired to go for the franchise mode of bulk production of vaccines. We in West Bengal are ready to provide land and support for any manufacturing/franchise operation for authentic vaccine manufacturing," Ms Banerjee signed off her letter with this request.

In another letter last week to the Prime Minister, Mamata Banerjee flagged the increasing consumption of medical oxygen, a key component in the treatment of critically ill Covid patients, in the state and urged the centre to allocate more.

The same week, Ms Banerjee also sought tax waivers from the Prime Minister on the import of medicines and equipment needed to fight the Covid pandemic.