According to Election Commission data, in the 14 constituencies, there's an overall gap of nearly five per cent between men and women voters. 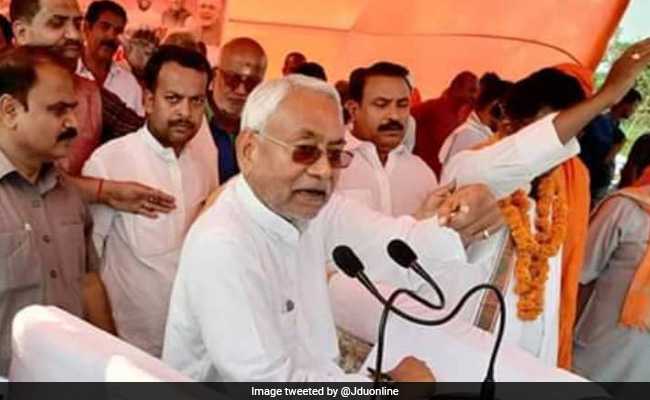 Nitish Kumar campaigns in Bihar which is voting in all seven phases of Lok Sabha elections.

In the '90s, when every political pundit predicted a political defeat of Lalu Yadav, his claim was "my Djinn will come out". And he did prove his critics wrong at election time. What he called his "Djinn" were voters of backwards classes, who formed the core support base of his party. For Chief Minister Nitish Kumar, it is women, who, in some constituencies, can even comprise 60 per cent of the voters.

According to Election Commission data, of 14 constituencies where polling has taken place so far -- barring Gaya -- women voters have hugely outnumbered the men, setting off speculation of a third consecutive NDA sweep in Bihar.

In view of this year's figures, Janata Dal United spokesman Sanjay Singh said, "This is just a preliminary overview, but you will see this trend persist till voting in the last constituency takes place". The NDA, he added, is headed for "another sweep". 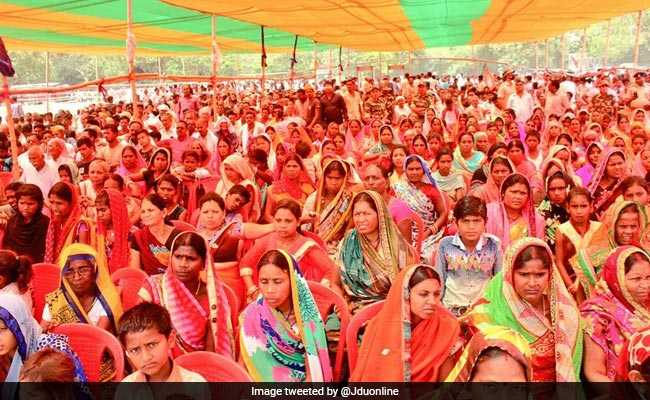 Women usually outnumber men in Bihar when it comes to voting.

Women usually outnumber men in the state when it comes to voting. Part of the reason is migration - it is the men who move out of the state in search of livelihood. And this time, sources in the ruling Janata Dal United say, more women have come out to vote due to the improved law and order situation.

Political analyst Dr Saibal Gupta maintains that Prime Minister Narendra Modi's personal charisma, coupled with Nitish Kumar's near total control over the economically backward caste votes, and the big turnout of women, cutting across caste lines, will facilitate yet another sweep for NDA in Bihar.

According to Election Commission data, in the 14 constituencies, there's an overall gap of nearly five per cent between men and women voters. While the turnout of men voters was 56.7 per cent, the corresponding figure for women was 62.8 per cent.

The highest gap was in Supaul parliamentary constituency, where 71.64 per cent women turned out to vote, compared to 60.21 per cent men.

In neighbouring Jhanjharpur, women's turnout was 63.83 per cent in comparison to 51.25 men voters.

Even in Khagaria and Madhepura, women's turnout was 66 per cent and 65 per cent, against an average 56 per cent for men.

RJD national spokesman Shivanand Tiwari, however, said, "We have definite reports from the ground that there is a consolidation against the NDA and women voters are not captive to a single political party. So it is premature and childish to conclude another sweep".