Rebel BJP Lawmaker From Haryana Dares Party To Expel Him

Kurukshetra, Haryana: Raj Kumar Saini, who had floated his own political outfit four months ago, hit out at the BJP saying it had allegedly betrayed the people who had voted for the party. 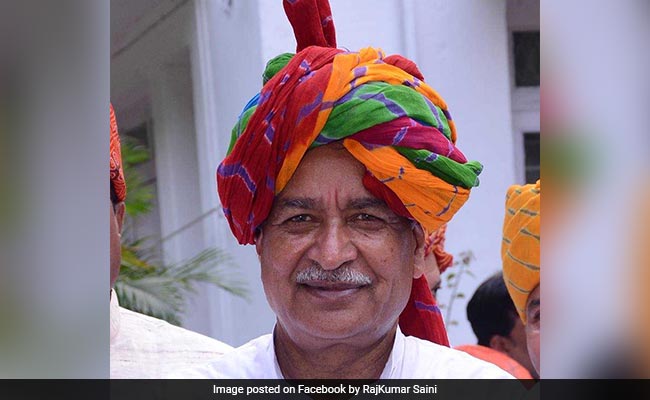 BJP's rebel lawmaker from Kurukshetra Raj Kumar Saini on Sunday dared the party to expel him.

Mr Saini, who had floated his own political outfit four months ago, hit out at the BJP saying it had allegedly betrayed the people who had voted for the party.

"I have had nothing to do with the party for the past three years," Mr Saini told reporters.

"A few months after I entered the Lok Sabha after defeating the then sitting MP Naveen Jindal (from Kurukshetra), I had informed the BJP that I was no longer its member as the party had betrayed the interests of the people, who had reposed faith in me," he said.

Mr Saini said that now it is for the BJP to take a call on his membership.

Mr Saini hit out at mainstream political parties, accusing them of using backward classes, the poor and the farmers as "vote banks", but "dumping" them after coming to power.

He said backward classes had voted for the BJP in the Lok Sabha and state assembly polls, but the party had failed to address their grievances.

The lawmaker, who in September had floated the Loktantra Suraksha Party, reiterated that there was no improvement in the condition of the backward classes, the poor and the farmers in the country despite different parties promising to work for their welfare.

He alleged that the sole aim of these parties was to grab power.

"The (big) parties resort to unethical alliances to grab power, however our party will work for systematic changes to improve the conditions of all sections of society," said Mr Saini, whose party is going to contest next year's parliamentary and state assembly polls.

Known for his strong anti-Jat stand, Mr Saini said that he was not against reservation.