The sentences of the two convicts were suspended, and they were released on bail under provisions of the Criminal Procedure Code. 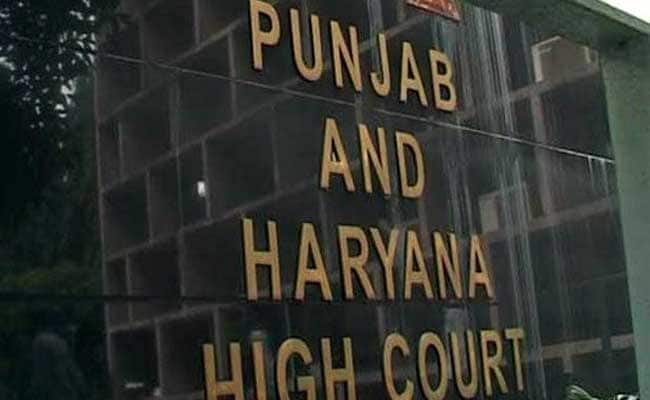 Two culprits had been released on bail by the Punjab and Haryana High Court.

The parents of an eight-year-old nomad girl, who was brutally raped and murdered in Kathua district of Jammu, are anguished that while their appeal for enhancement of sentence against six people remains unheard, two convicts were released on bail in the case described by a court as a "devilish and monstrous crime".

Mohammed Yusuf, who had adopted the eight-year-old girl, and Mohammed Akthar, her biological father, said they had heard that two culprits -- former sub-inspector Anand Dutta and head constable Tilak Raj -- had been released on bail by the Punjab and Haryana High Court, which suspended the rest of their sentences pending an appeal.

"I am surprised that two accused have been left on bail. Our appeal for enhancement of sentence is still pending while their appeal has been addressed. I wonder whether poor people like us will ever be heard.

"I hope the Supreme Court looks into the matter and takes some action as no one is hearing our petition," Akthar told PTI.

Yusuf claims that efforts were being made to dilute the case to the extent that all the culprits were out.

"When the accused are out on bail, I fear that one day, I will be booked under some frivolous charge and thrown into jail. They are very powerful people," he said.

"Already rumours have started doing the rounds that the case was going to be re-investigated by the CBI and all the accused will be out on bail," Yusuf alleged.

The case triggered a nationwide outrage when the eight-year-old girl was found murdered on January 17, 2018. After initial hiccups, the case was handed over to the crime branch on January 27 of the same year which unravelled the conspiracy behind the heinous crime where the little girl was kidnapped and brutally raped for four days before being killed in a barbaric manner.

The Supreme Court, had in 2018, directed the case to be shifted out of Jammu and Kashmir and ordered the sessions court in Pathankot to hear it on a daily basis.

Sanji Ram, the mastermind and caretaker of the 'devasthanam' (temple) where the crime took place in January 2018, Deepak Khajuria, a special police officer, and Parvesh Kumar, a civilian, were sentenced to life imprisonment till their last breath for the ghastly crime, while three policemen, Dutta, Raj and SPO Suriender Kumar, were awarded five years' imprisonment for destroying evidence in June 2019.

The Punjab and Haryana High Court, earlier this month, suspended the remaining sentences of Dutta and Raj, pending hearing on their appeals against the verdict.

Justices Tejinder Singh Dhindsa and Vinod S Bhardwaj said in separate orders that both Dutta and Raj have been on parole for 11 months and nine months respectively.

Senior advocate R S Cheema, appearing for the Jammu and Kashmir government, and advocate Manbir Basra had objected to the suspension of the sentence, saying the accused could tamper with evidence and create a law and order situation.

However, in a near-identical order in both the petitions, the division bench ruled out the apprehension of Cheema about the possibility of a breach of peace, saying it "seems misconceived in as much as the applicant has availed of parole" during the period of his custody.

The sentences of the two convicts were suspended, and they were released on bail under provisions of the Criminal Procedure Code.

Both Akthar and Yusuf had approached the high court in 2019 for enhancing the sentences of all the six accused besides challenging the sessions court's order of releasing Sanji Ram's son Vishal.

"There have been some hearings but because of the COVID-19 pandemic, everything is delayed," Basra said.

A 15-page charge sheet filed in April 2018 said the eight-year-old girl was kidnapped on January 10 that year and was raped in captivity in a small village temple, exclusively manned by Ram, after keeping her sedated for four days. She was later bludgeoned to death, it said.

The Crime Branch of the Jammu and Kashmir Police had filed the charge sheet against eight people, including a juvenile. The trial against the juvenile is yet to begin as his petition on determining his age is to be heard by the Supreme Court.

Tejwinder Singh, district and sessions judge of Pathankot, had in his 432-page judgment termed the crime "devilish and monstrous", and said it was committed in the most "shameful, inhumane and barbaric manner" for which "poetic justice" needs to be done to its perpetrators.

"The circumstantial evidence led by the prosecution is definite which unerringly points out towards the guilt of the accused. The circumstances taken cumulatively from a chain so complete that there is no escape from the conclusion that within all human probability that the crime was committed by the accused and none else.

Kathua casePunjab and Haryana High Court2 convicts out on bail