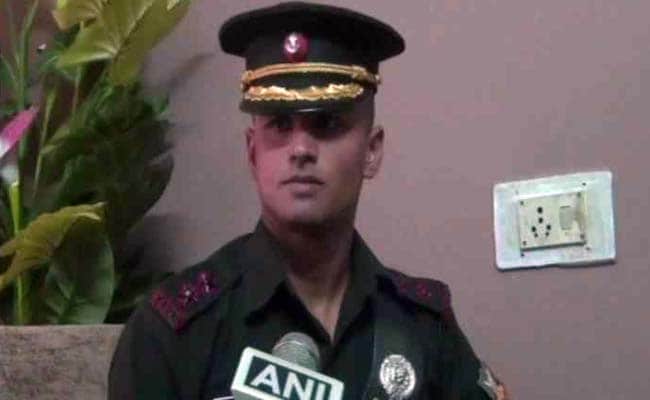 Muzaffarnager, UP: He wasn't quite six when his dad Lance Naik Bachan Singh died on a mission to capture the Tololing peak during the Kargil war in 1999. Nineteen years later, Lieutenant Hitesh Kumar joined his father's battalion after passing out from the Indian Military Academy, in Dehra Dun.

Lance Naik Bachan Singh of the 2nd Rajputana Rifles fell to enemy bullets during the battle of Tololing, which was the turning point of the Kargil war.

24-year-old Lieutenant Hitesh Kumar's dream was to be like his father and join the army. "My father was my inspiration and I've seen my mother's struggles very closely," the lieutenant told news agency ANI. On June 9, he passed out from the IMA, exactly 19 years after his father Bachan Singh died on June 13, 1999. 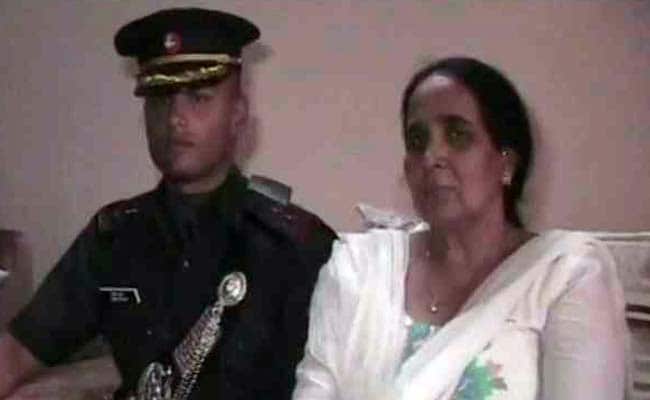 "I wanted both my sons to be army officers," says Kargil war hero's widow Kamlesh Bala

On Sunday, the lieutenant was at civil lines in UP's Muzaffarnagar, his ancestral home, to pay homage to his dad. It was a profound moment for mother Kamlesh Bala, who has been looking forward to this day, for nearly two decades.

Kamlesh Bala recounted the difficult years after her husband died. "It took a year for me to come to terms and decide how to guide my two sons - Hitesh and Hemant," she said. The twin brothers are five minutes apart.

Promoted
Listen to the latest songs, only on JioSaavn.com
Kamlesh Bala is very happy that her son has successfully passed out of IMA. "I wanted both my sons to be army officers and I was determined to do whatever was needed for that," she said. While Hitesh has just become an army officer, his brother Hemant is preparing for the entrance exams.

Hitesh, a keen sportsman, went to the military school at Chahal in Himachal Pradesh. Later he graduated from the prestigious SRCC in Delhi. "There were lots of options to go for a career in management but my heart was always with the army," the young lieutenant said with a smile.