Kanwar Pilgrims Seen Drinking Alcohol In UP Despite Restrictions: Police

Police has reacted to the video and said "legal action" will be taken against the men who are yet to be identified. 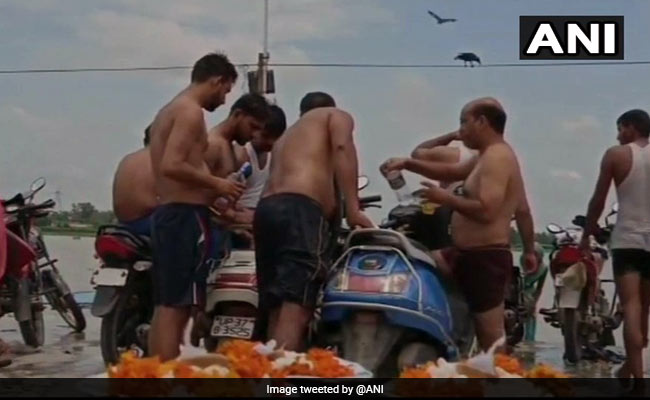 A purported video of the Kanwar pilgrims drinking was shared on social media.

A group of Kanwar pilgrims was seen drinking alcohol at Garhmukteshwar Ghat in Hapur in a purported video that was shared on social media.

Kanwar pilgrims or Kanwariyas are the devotees of Hindu God, Shiva. Around this time of the year, these pilgrims from different parts of the country, often wearing saffron clothes with decorated pots on their shoulders, take the pilgrimage, called Kanwar Yatra. They travel on foot during the Saavan month of Hindu calendar.

Majority of these pilgrims are young men. They visit Haridwar, Gaumukh and Gangotri in Uttarakhand and Sultanganj in Bihar to fetch waters of River Ganga.

Later, the holy water is dispensed as offerings to Lord Shiva in temples.