Jamia Firing: Disturbing visuals show Shadab Farooq having to climb over police-installed barricades, clutching his bleeding wrist, on his way to the hospital 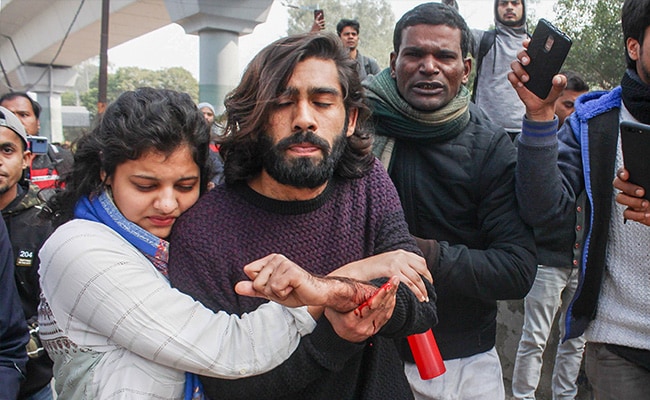 A lone minor gunman, who identified himself on social media as a right-wing activist and had links to the Bajrang Dal, opened fire today at students and others who had gathered near Delhi's Jamia Millia Islamia to peacefully protest the new citizenship law. He fired once - a random shot - that injured Shadab Farooq, a student of Mass Communications at the university.

After firing the shot he walked away down the road, brandishing his weapon and repeatedly shouting, "Yeh lo azaaadi (here's your freedom)" at the shocked protesters, as a large contingent of Delhi Police stood and did nothing initially, only moving to detain him after several minutes passed.

Saying that he was a juvenile, police officials also said the attacker cannot be identified.

Shadab Farooq, a singer and voice-over artist who friends say was trying to calm the gunman, has been taken to the Trauma Centre at the All India Institute of Medical Sciences (AIIMS) for treatment.

Disturbing visuals showed Shadab Farooq having to climb over police-installed barricades, clutching his bleeding wrist, on his way to the hospital.

"We were standing near the barricades when suddenly this outsider, whom none of us recognised, tried to disturb the peace. He marched forward with a revolver in his hand. We were all trying to stop him and calm him down," Aamna Asif, a student of economics at the university, told NDTV.

"The policemen remained standing there. We shouted at them to help... to come and take control but they did nothing. He shot one of our friends when we tried to disarm him," she added 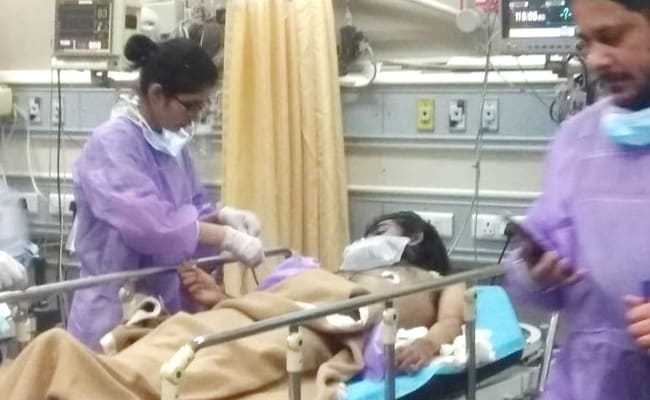 Reacting to the incident, Hyderabad politician Asaduddin Owaisi hit out at Delhi Police, who came in for fierce criticism after reacting violently to what started as a peaceful anti-citizenship law protest by Jamia students last month.

"What happened to the bravado that you showed in #Jamia last month? If there's a prize for being 'helpless' bystanders, you'd win it every time," the AIMIM chief said, tearing into the cops.

. @DelhiPolice What happened to the bravado that you showed in #Jamia last month?

If there's a prize for being ‘helpless' bystanders, you'd win it every time. Can you explain why a gunshot victim had to CLIMB over a barricade?

Do your service rules stop you from being HUMANE? pic.twitter.com/LQpYWwEAaL

In dramatic visuals of today's incident, the gunman, wearing a black jacket and a pair of white trousers, can be seen walking down a heavily-guarded road and brandishing his gun. He stood meters away from dozens of policemen deployed outside the university, where protesters gathered for a march against the Citizenship Amendment Act. 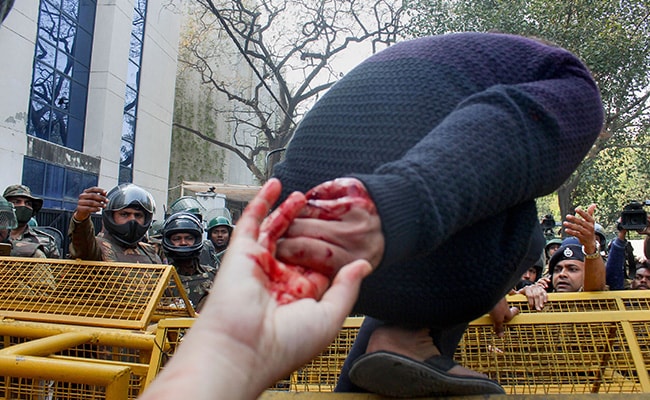 Mr Thakur was today given a 72-hour campaign ban by the Election Commission but will be free to return to the campaign trail - ahead of Assembly elections on February 8 - once the ban expires.

Thousands, including students in cities and towns across India, have taken to the streets to protest the new citizenship law they say discriminates against Muslims.