The five-year-old girl died due to dehydration while they were walking in scorching heat to meet her grandmother's sister in a village a little over ten kilometres away, said district officials. 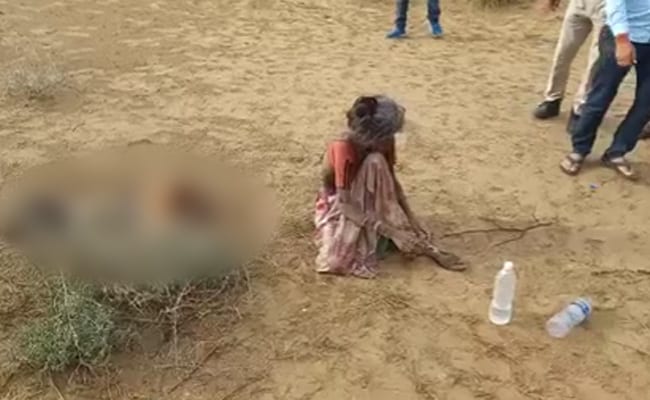 In the middle of the hot sand dunes in Raniwada in Rajasthan's Jalore district, a child lying dead and her grandmother unconscious next to her is an image that has sent shock waves across the state. The five-year-old girl died due to dehydration while they were walking in scorching heat to meet her grandmother's sister in a village a little over ten kilometres away, said district officials.

It appears somewhere along the way the intense heat and humidity took its toll. They fainted due to a heat stroke and the little girl eventually died while the elderly woman lay unconscious till a shepherd spotted them and informed the local village head who in turn called up district officials.

The grandmother was suffering from dehydration and that was the cause of death of the child, too, police said.

"The woman and her grand-daughter were not carrying water with them and that appears to be the cause of death, '' said Padmaram Rana, a local police station inspector.

Sukhi is now undergoing treatment at a local hospital and the administration says she appears to have mental health issues.

District collector Namrata Varshney, who spoke to NDTV, said a probe by the administration has revealed that the child lived alone with her grandmother.

"The child's mother had left the family some years ago to marry for the second time. Sukhi is an NFSA beneficiary but has not taken free rations due to her for some months now," they said, adding, "Locals say the child and her grandmother would sometimes beg for food and at other times, the neighbours would help them with food."

A relative of the woman has been contacted and the district administration is working towards her rehabilitation.

In a series of tweets on Tuesday, the union minister attacked the Ashok Gehlot-led state government for distancing itself from Central government schemes and for not utilising the budget it received for implementation of the Jal Jeevan Mission.