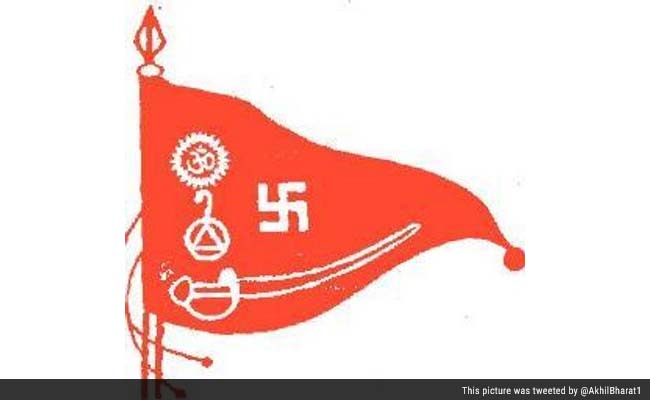 New Delhi: A Hindu Mahasabha leader was today at the centre of a controversy over his demand that actresses performing item numbers in films wearing "skimpy" outfits be branded as prostitutes, sparking an outrage.

The demand by Navin Tyagi, general secretary of the UP unit of Hindu Mahasabha, a right wing outfit, was condemned as "regressive" by political parties and the National Commission for Women(NCW).

Mr Tyagi also sought a ban on wearing of skirts and jeans by girl students in schools and even said they should not be allowed to carry mobile phones.

"The girls who perform item numbers in films and remove clothes should be declared prostitutes. We feel the women who earn money by indulging in obscenity are prostitutes. They are spreading filth in society," Mr Tyagi said, adding he will take the matter to the Supreme Court.

National Secretary of the outfit Swami Chakrapani, however, distanced himself from the controversial remarks terming them as "wrong statement". "We do not know about it. We are seeking details," he said.

Asked about Mr Tyagi's plan to take the matter to the apex court, Mr Chakrapani said he was free to do so.

NCW Chairperson Lalitha Kumaramangalam strongly condemned Mr Tyagi's comments and said it will examine opposing such a move if he goes to the Supreme Court.

"It is the usual regressive mindset that is coming out. One can turn around and ask what would they call the men who watch these women in their so called skimpy clothes. Anybody is welcome to go to the Supreme Court.

"But I have enough trust in the apex court to hope that they will crush and dismiss this sort of irrelevant opinion," she said.

Congress Spokesperson Randeep Surjewala said he was shocked by the comments and said it was time the society wakes up.

Promoted
Listen to the latest songs, only on JioSaavn.com
"I am shocked by such parochial, obnoxious organisation who in their quest to govern the society come out with such dictate which were there in 15th Century and not even true for those centuries," he said.

BJP Spokesperson Sambit Patra also slammed Mr Tyagi and said the party was for freedom of the society. "We are proud to have a culture where women have led from the front."