Infosys visa issues: Will the case hold in US court? 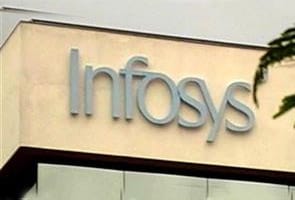 New York: Infosys whistleblower Jack Palmer's case against Infosys will go to trial in August. This after attempts at mediation between the company and Mr Palmer fell through. Mr Palmer, an Infosys employee based in the US says he was harassed at work after he pointed out, what he said was the misuse of US B1 visas.

As of now it is just a civil suit against Infosys but the damage is already done. Jack Palmer's case has already triggered a US government probe into whether Infosys Technologies Ltd. violated US Visa laws.

Based on Mr Palmer's allegations federal authorities are looking into whether Infosys brought Indian workers to the US on short-term visitor visas, known as B1, instead of the temporary work visas, known as H-1B, which are costlier and harder to get.  According to Mr Palmer's lawsuit, filed in February 2011, those hired by Infosys on a B1 visa were not paid a US wage.

"It has really brought a lot of negative attention on a visa that is really not used very much. It has painted a broad picture that there is large-scale visa fraud while it is always very small percentages. According to Infosys, less than two per cent of their employees were on this visa," Immigration Attorney, Ashima Duggal explains.

Infosys has denied any wrongdoing.

Legal experts say Mr Palmer's lawyers may face a challenge in court as the law concerning B1 visas is ambiguous.

Immigration Attorney Cyrus Mehta argues, "The B1 essentially allows the company pretty broad usage. The B1 is traditionally used for business purposes. That is you come to the US to attend a meeting or negotiate a deal and then go back. But in the IT industry you could come on a B1 visa attend meeting, do some requirement analysis, you might be doing some coding with the intent of taking it back to India for further off shore development and the issue is whether that constitutes work or not and that is where the ambiguity lies with the B1 visa. It also means you can work as if you are on a H1B visa provided that you're employed by the foreign company and paid from overseas. So how can you be paid a US wage when you are on a B1 visa?  You are required to be employed by the foreign company in India and you have to be paid in India."

Promoted
Listen to the latest songs, only on JioSaavn.com
The B1 in lieu of the H1B visa program is complicated and whether the allegations against the Indian technology outsourcing company will stick will only be known when this case goes to trial on August 20.  But the fact is, for better or for worse, Infosys has become the poster child of Indian IT firms in the US and in an election year when everybody is so anxious about jobs a case like this --which normally would have been treated as a private civil suit-could become more significant and could be used by anti-immigration groups and lobbying firms to buttress their case as to why the B1 program should be curtailed.