Mr Abdi said the Early Childhood Development (ECD) programme can play a crucial role in addressing gender inequality to show how investment in a girl child can empower them. 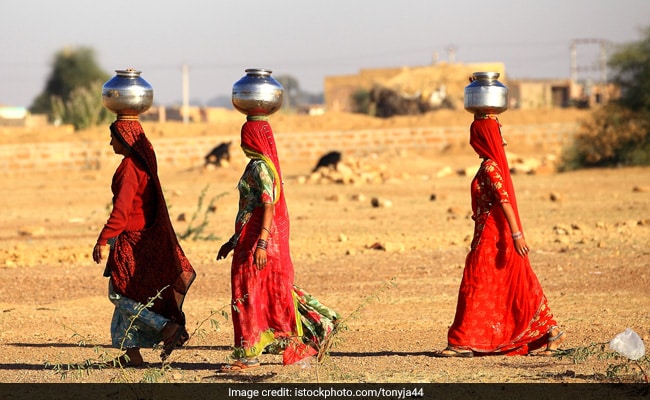 Mr Abdi, while giving the example of a children's clinic in Bihar's Patna, said it was seen there that families were not bringing girls for treatment, which reflected that there are issues of considering them as a "financial burden" that prevented the parents from bringing them.

"There are some inter-connected social issues that need to be addressed which could be done through education and government policies like cash transfer schemes," he told PTI.

He also said the Early Childhood Development (ECD) programme can play a crucial role in addressing gender inequality to show how investment in a girl child can empower them.

"There are some deeply related issues associated with gender on how society addresses girls in comparison to boys that need to be addressed and will take time. What is needed to be added is the stimulation component, responsive caring for parents to be taught," Mr Abdi said.

"There needs to be integration of ECD into curriculum of health workers," he added.

Noting that first 1,000 days are very crucial for a child, he said apart from the survival of a child, it is also needed that the baby develops to its full potential, which includes not only physical growth, but also brain development.

According to the United Nations International Children's Emergency Fund (UNICEF), investing in ECD is one of the most cost-efficient and powerful strategies to achieve fair and sustainable development. The benefits are reaped in better education and health outcomes, lower crime and higher individual earnings.

Intervening in the early years is more affordable than later remedial interventions and it makes later interventions more likely to succeed, it added.

"Globally, it is estimated that every $1 invested in ECD can provide a return of up to $13 for the most disadvantaged. The cost of investing in ECD can be surprisingly affordable because many early childhood interventions can be integrated into existing services for an estimated average of USD 0.50 per person annually," said Pia Rebello Britto, chief and senior advisor of ECD at the UNICEF.

Investments in children's early development can lead to better individual adult incomes of up to 25 per cent.

Election Commission To Announce Poll Dates For 5 States At 4:30 PM