Manoj Tiwari said his demand for national register for citizens (NRC) exercise in Delhi is for identifying and evicting such illegal immigrants involved in crimes. 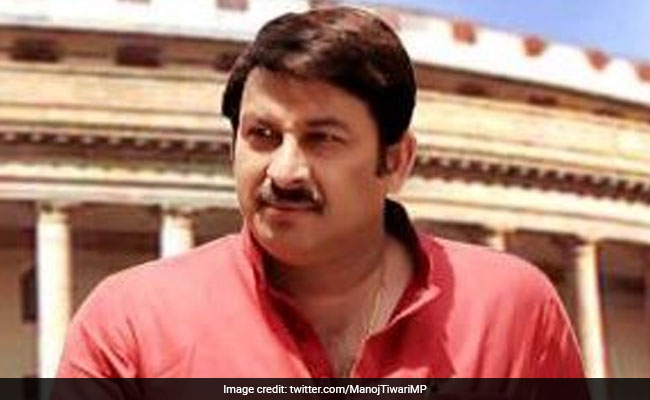 Manoj Tiwari said the responsibility of law and order and crime control lied with the Delhi Police.

Delhi BJP president Manoj Tiwari on Sunday held illegal immigrants responsible for 80 per cent crimes in the national capital, referring to the incident of chain snatching with Prime Minister Narendra Modi's niece in the city.

Manoj Tiwari said his demand for national register for citizens (NRC) exercise in Delhi is for identifying and evicting such illegal immigrants involved in crimes.

"As many as 80 per cent crimes involve illegal immigrants in Delhi. That's why I have been demanding NRC but whenever I do so, Arvind Kejriwal rises as their shield," he said.

Recently, Delhi Chief Minister Arvind Kejriwal on a question about NRC implementation in Delhi said Manoj Tiwari will be the first to be evicted if the exercise is started in the city.

Manoj Tiwari said the responsibility of law and order and crime control lied with the Delhi Police and he was not trying to protect it by naming the illegal immigrants.

"But it needs to be worked out how is the Delhi Police going to control crime in Delhi when a large number of illegal immigrants are living in different parts of the city," he said.

Damayanti Ben Modi, daughter of the prime minister's brother Prahlad Modi, became a victim of snatching in the national capital with her purse containing cash of Rs 50,000 and two mobile phones wrenched from her grasp by two persons when she was alighting from an auto-rickshaw on Saturday.

The incident occurred a few kilometres away from the residence of Lieutenant Governor Anil Baijal and Chief Minister Kejriwal.

Two persons on a scooter snatched the woman's purse containing Rs 50,000, two mobile phones, some documents and other valuables around 7 am when she got down at the Gujrati Samaj Bhawan in North Delhi's Civil Lines area, a senior police officer said.

Based on her complaint, the police registered a case and arrested the accused on Sunday. The stolen items have been recovered.