Ikea has just two years left to raise the ratio of goods and materials sourced from India -- currently at 22% -- to at least 30% to meet local regulations. 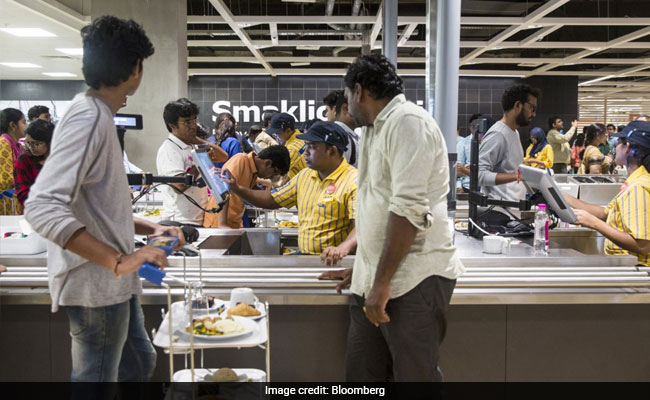 Customers stand in line at check-out counters in the restaurant of the Ikea store in Hyderabad.

Furniture giant Ikea is accelerating its India expansion after a nationwide pandemic lockdown last year delayed the construction and opening of new stores in one of its fastest-growing markets.

"If you have a lockdown you can't continue to construct," Peter Betzel, Ikea's chief executive officer for India said in an interview. "But now we are back in full speed."

The company opened its second India store on the outskirts of Mumbai in December and another in the southern city of Bengaluru is now on course to be completed in 12 months, Betzel said, adding that he was hopeful of meeting the target of rolling out shops in 30 Indian cities within seven years.

Ikea, which opened it's first store in Hyderabad in 2018, also has just two years left to raise the ratio of goods and materials sourced from India -- currently at 22% -- to at least 30% to meet local regulations. Betzel said that was "absolutely" achievable.

"It's increasing as we speak," he said. "But this is not done overnight." 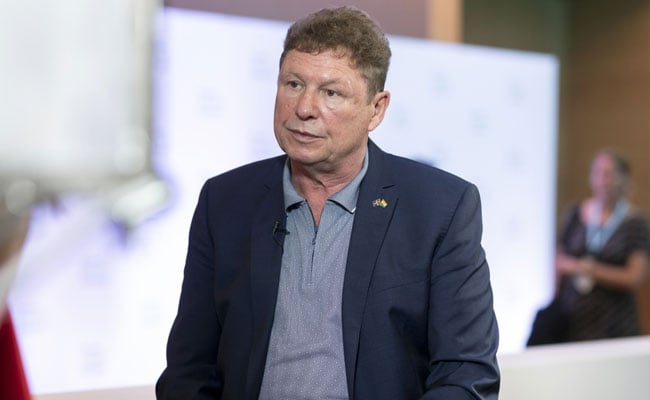 Peter Betzel, Ikea's chief executive officer for India, said that he was hopeful of meeting the target of rolling out shops in 30 Indian cities within seven years.

The Swedish furniture giant, known for its minimalistic aesthetics, is now making up for lost time as the Indian economy begins to rebound from the pandemic-induced recession and new Covid-19 infections slow down in the world's second-worst hit nation.

Betzel, an Ikea veteran who headed the company's Spanish and German operations before moving to India in 2018, said there is ample space for multiple players to plug "a big need in India -- we are one part of that."

Ikea recently announced the acquisition of land in Noida, a satellite city adjacent to New Delhi, for a $753 million multipurpose mall that should be ready in about three and a half years, he said. Development on a second store close to India's national capital will begin this year and two smaller centers in Mumbai will open in 2021, in sync with its global expansion spree as it adds stores at a record pace despite worldwide virus restrictions.

In recent months Indians have returned in force to malls and markets, boosting retail sales. The start of vaccinations contributed to that rebound along with a dramatic decline from a September peak of nearly 100,000 new infections a day to just over a tenth of that level now.

After safeguarding its staff and customers by shutting physical locations almost 10 days prior to Prime Minister Narendra Modi's countrywide lockdown in March last year, Ikea has cautiously welcomed back Indian shoppers -- though it is rationing time slots over the weekend at its store in Mumbai, with the city witnessing a recent resurgence of infections.

"We need to be quite aware that the Covid situation is not over," said Betzel. "We need to watch out." 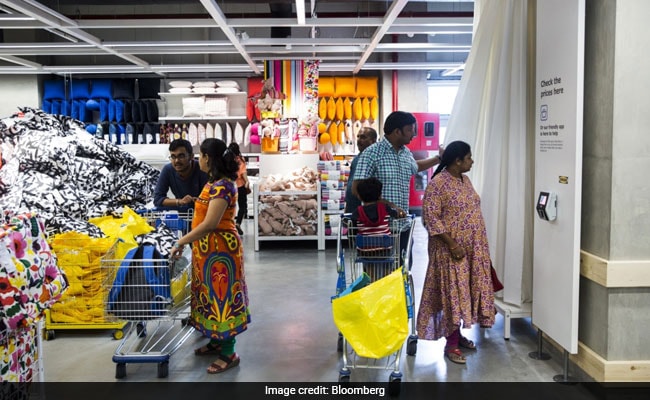 Customers inside the Ikea store in Hitech City on the outskirts of Hyderabad, India, in 2018.

Ikea will also need to keep an eye on Ambani's moves after the powerful billionaire purchased online furniture seller Urban Ladder in November through his Reliance Retail Ventures Ltd., bringing the tycoon into what consultancy Technopak Advisors Pvt. sees as a $40 billion furnishing market in India.

"I don't see them shaping up as competition immediately simply because Ikea does have a very strong head-start from a branding perspective and range," said Technopak's President Saloni Nangia. "In due course of time, yes, not only Reliance but there will be a couple more because this is a fast growing segment in India."

India's lockdown helped bolster Ikea's online business, which now accounts for 40% of total sales compared to about 10-15% a year ago, according to Betzel.

That rise hasn't been "cannibalizing" physical store sales, he said, with many people seeking outings after being grounded at home for long periods. Restaurant kiosks serving up local delicacies from biryani, dals and thalis -- alongside Ikea staples such as salmon and meatballs -- are also a draw.

"They spend more time and they shop more," said Betzel. "In the coming two years we would like to be accessible to more than 100 million people."