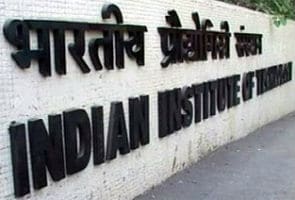 New Delhi: The alumni association of the IIT or Indian Institute of Technology Delhi has written to the Prime Minister, attacking Education Minister Kapil Sibal over his one-nation one-exam policy. The association writes that "IITs are being destroyed by mindless tampering by people in the HRD (Human Resources Development ministry)." It also warns that decisions like forcing a common entrance exam for all engineering colleges not only affect the autonomy of IITs but its world-renowned brand as well.

Reacting to the letter Kapil Sibal said, "I have not failed on my promise. This is a misrepresentation of facts. I had said even if there is one dissent in the IIT Council, I will not take the proposal forward. This is not a government decision. I am the Chairman of the (IIT) Council." The minister has the approval of four of the seven IITs:  Kharagpur, Guwahati, Roorkie and Chennai who are in favour of the new exam.

The powerful association had last week threatened to take Mr Sibal to court for impeding upon the autonomy guaranteed to the different branches of the IIT through the Institutes of Technology Act, 1961.

Promoted
Listen to the latest songs, only on JioSaavn.com
Last week, Mr Sibal said that there was a unanimous decision taken in consultation with the governing bodies of all centrally-funded engineering colleges to introduce a common entrance exam. There would be two stages -the main paper, and then, for those who qualify, the advanced exam. Class 12 board exams are also to count for 40%.

The IITs objected to this formula and were allowed to form their own equation. Starting next year, IITs will give equal weight (50 per cent each) to Class 12 results and to the performance of the candidate in the main exam. 50,000 shortlisted students will then move on to the advanced exam.