Idols and pandals on which work has been going on for months, were finally unveiled to the public today for the 10-day long celebrations.

Traditional prayers, chants of 'Ganpati Bappa Morya' and sweet offerings of 'laddoos' and' modaks' by devotees marked the commencement of the Ganesh festival in Maharashtra's Mumbai and other parts of the country today. Idols and pandals on which work has been going on for months were finally unveiled to the public today for the 10-day long celebrations. Idols of different shapes and sizes of the elephant-headed God, the son of Lord Shiva and Goddess Parvati and considered as a symbol of wisdom, prosperity and good fortune, were installed at the sarvanjik (community) mandals and at homes by devotees.

Here is a look some of famous pandals in Mumbai:

On the first day of the festival, which was started by Lokmanya Tilak over 100 years ago, long queues were seen at Lalbaugcha Raja, Mumbai's most famous Ganpati mandal in Central Mumbai, with devotees eagerly waiting to catch a glimpse of Lord Ganesh. The approximately 20-feet high Ganapati idol at Lalbaug has been crafted in a traditional manner and is installed in the pandal. A contemporary look of ISRO's Chandrayaan-2 launch has been given to the pandal this year. 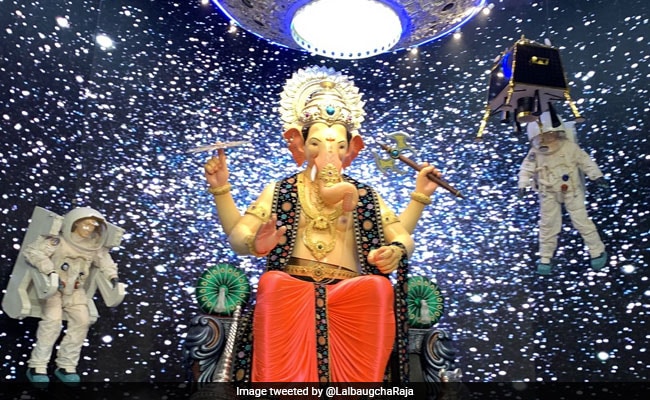 One of the popular Ganpati pandals of Mumbai is Guru Ganesh Seva Mandal or GSB Mandal which sees crowds of devotees for 10 days. 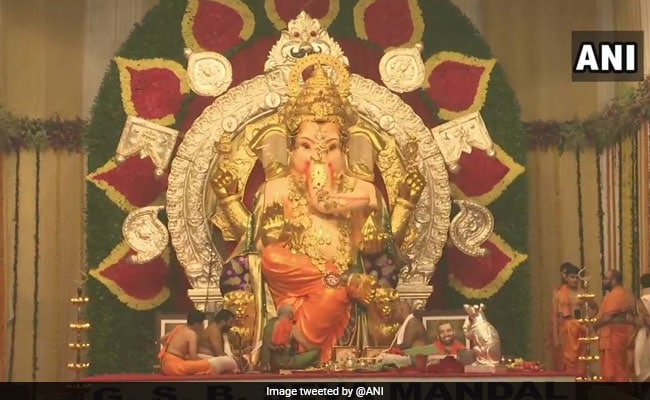 This is the oldest Ganesh pandal in Mumbai, completing  92 years. It has one of the biggest Ganesh idols in the city. 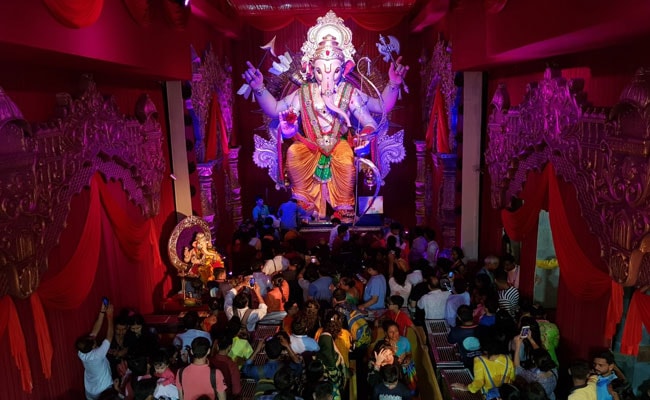 Azad Nagar Sarvajanik Utsav Samiti was established in 1966. The Ganpati idol here came to be known as "Navasala Pavnara Ganpati" (wish fulfilling Ganesha) who was also later known as "Andhericha Raja" (King of Andheri) by Mumbai. 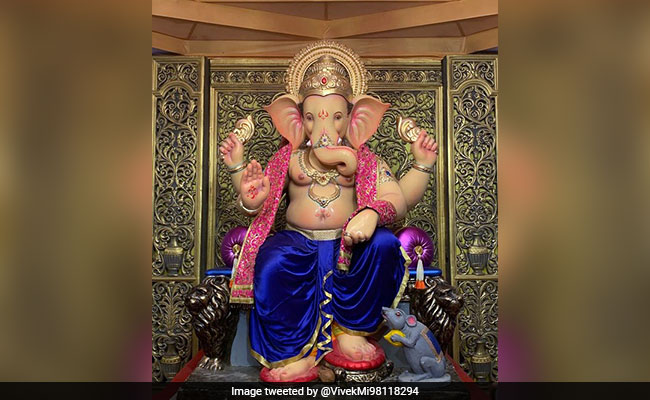 This year, the organisers have decided to do away with the Plaster of Paris (PoP) idol and instead prepared an idol which is eco-friendly. A 22 feet idol has been built is completely eco-friendly without any use of plastic or PoP. The eco-friendly idol on Ganesh Chaturthi

Around 7,703 public and 1.63 lakh domestic idols have been installed this year in Mumbai, an official had said.