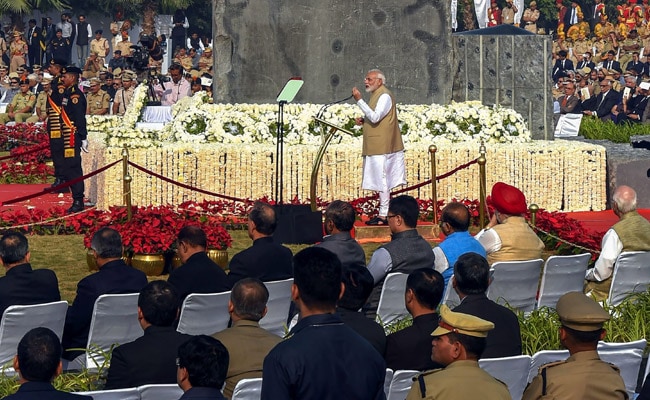 PM Narendra Modi addresses the gathering at the inauguration of a refurbished national police memorial.

Prime Minister Narendra Modi today inaugurated a memorial and a museum dedicated to the police of the country in Delhi. Home Minister Rajnath Singh and senior BJP leader LK Advani also paid tributes to the policemen killed in an ambush by Chinese troops in 1959 in Ladakh's Hot Spring area, on the National Police Memorial Day.

"A grateful nation pays tributes to all those policemen and policewomen martyred in the line of duty. We salute their families for their fortitude," PM Modi tweeted hours before he inaugurated the memorial.

"It is the result of your alertness that the elements which create unrest are unsuccessful in their attempts. The attempts to create fear and insecurity in the nation were foiled by you. The peace prevalent in the nation is possible only due to your services," PM Modi said after inaugurating the memorial.

The National Police Memorial reminds us the heavy loss borne by each family of a police martyr, who may have served in Kashmir, Punjab, Andhra Pradesh, Chhattisgarh, Mizoram or Manipur. Terrorism and crime have cost many police lives. I hope the loss will not be in vain.

CRPF Director General RR Bhatnagar said though the day is observed to pay homage to the 10 policemen killed in an ambush by Chinese troops in 1959 in Ladakh, every personnel who "laid down their lives protecting India's unity and integrity are also remembered on the occasion."

PM Modi also took a swipe at the Congress. "Had the earlier government wanted and tried by its heart, the memorial would have been built several years ago," he said. "Why did it take 70 years after Independence to get the memorial into reality, why it took so long even after 60 years of the Hot Spring incident..." 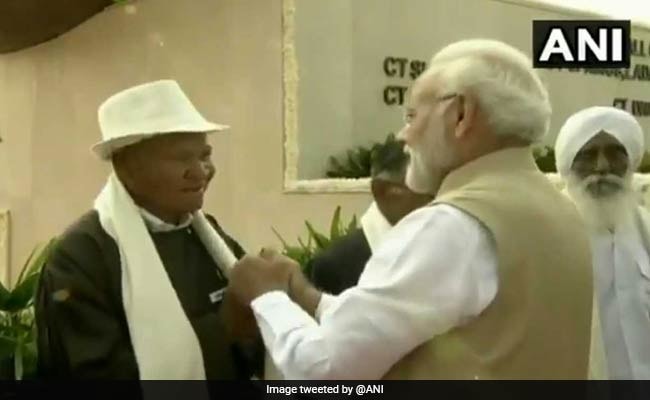 Mr Bhatnagar said over the 3.25-lakh personnel strong central police force has been the recipient of the maximum gallantry awards for action in Naxal-hit and other troubled areas.

The family members of the personnel who died in the line of duty were invited to the event, officials said. 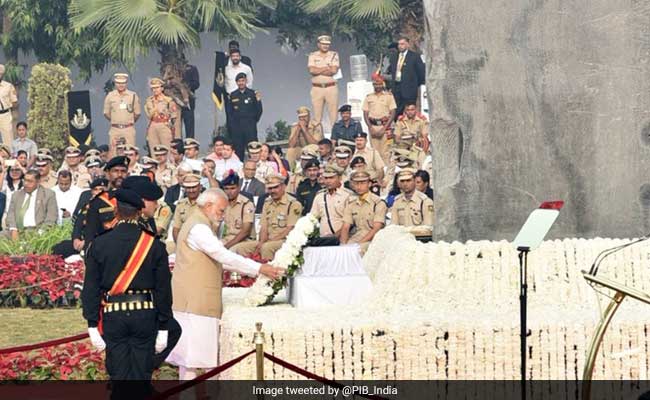 PM Modi at the inauguration of the police memorial in Delhi

The memorial has been refurbished and the central structure has been enhanced, they said. A large stone engraved in a raised platform was erected at the memorial a few years ago at the same location.

Between September 2017 and October this year, a total of 414 personnel have died in the line of duty.