In some villages in Odisha, people ostracise families whom they suspect of practicing black magic. 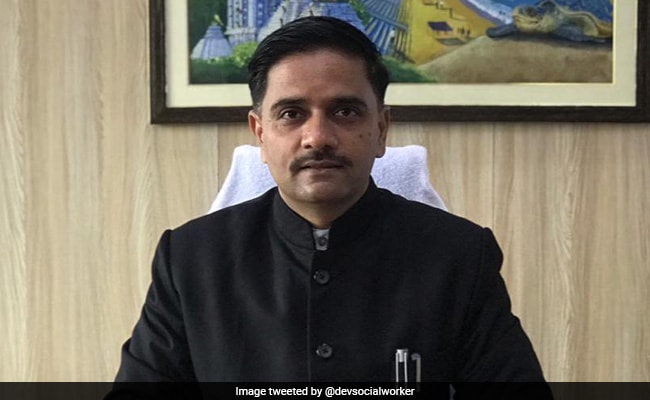 The collector said more self-help groups should be created at the village-level.

To create awareness among people and dispel witchcraft and superstitious practices, a top Ganjam district official has announced a cash reward of Rs 50,000 to anyone who can prove that exists.

Ganjam district collector Vijay Amruta Kulange on Wednesday said that as "per my knowledge ghosts don't exist. "If anyone can prove the existence of ghosts or justify superstitious practices, I will reward that person with Rs 50,000," Mr Kulange said.

Instead of taking the ill person to the doctor, they go to black magicians, he said.

"I will suggest the people to take sick persons to hospitals instead of blaming anyone," the collector said.

The collectors' announcement was made in the wake of two witchcraft-related incidents which took place in the district recently.

Police had arrested 35 and 10 people in Gopapur and Jagannath Prasad incident respectively.

Besides in some villages, people ostracise families whom they suspect of practicing black magic.

"In my weekly grievance cell meeting, people come with complaints that they bore the brunt of sorcery-related incident. Despite, several awareness campaigns, the people of some rural villages still believe in superstitious practices," the collector said.

The collector said more self-help groups should be created at the village-level to make people aware that there was no such practice which could cause illness in others.

Meanwhile, members of the Berhampur-based Humanist Rationalist Organisation (HRO) has welcomed the steps taken by the district administration by announcing the cash award.

"We welcome the announcement of the collector. We hope, the people of the rural areas, will at least be aware of it", said secretary of HRO, Berhampur, Nandeshu Senapati.

Earlier the organization had submitted a memorandum to chief minister Naveen Patnaik through revenue divisional commissioner southern division urging to undertake massive awareness among the rural people against the sorcery and strictly implement the ''Odisha prevention of witch-hunt Act-2013''.