Four Terrorists Surrendered After Gunfight With Army In Kupwara

The team of army and policemen arrested the newly recruited terrorists of Al Badr after a brief gunfight. 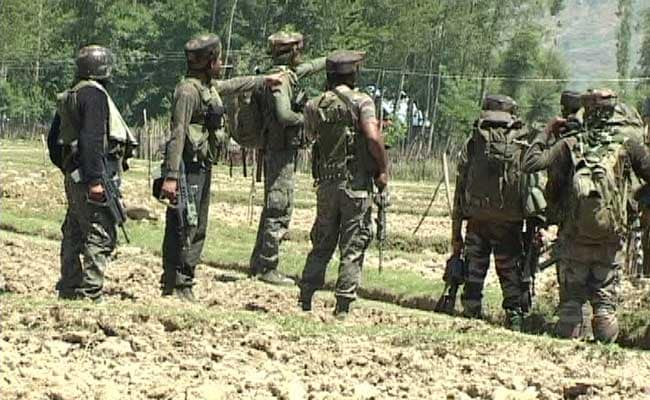 Four terrorists were arrested this morning after a brief gunfight with security forces in the upper reaches Jammu and Kashmir's Kupwara district while they trying to cross across the Line of Control or LoC.

A team of the army and the state police surrounded a group of newly recruited terrorists of the Al Badr group after the gunfight and told them to surrender, the army said in a statement.

While four of them surrendered, three others escaped under the cover of heavy firing at Handwara in the district, about 70 km from state capital Srinagar.

"On receipt of credible information about four newly recruited terrorists  being guided by three terrorists of Al Badr for a planned exfiltration, the army in a joint ops with police laid an ambush and trapped the terrorists," the army said in the statement.

"After a brief gunfight, extreme restraint was exercised and opportunity given to the terrorists to surrender," it said.

While, the four new recruits surrendered, the three Al Badr terrorists fled under cover of fire. Search operations are currently underway to trace the terrorists.

The army said the arrested terrorists were carrying "warlike stores", indicating they were preparing for a serious strike.