The BJP has been aggressively shoring up its presence in the western Maharashtra constituency represented in Lok Sabha by NCP founder Sharad Pawar's daughter Supriya Sule. 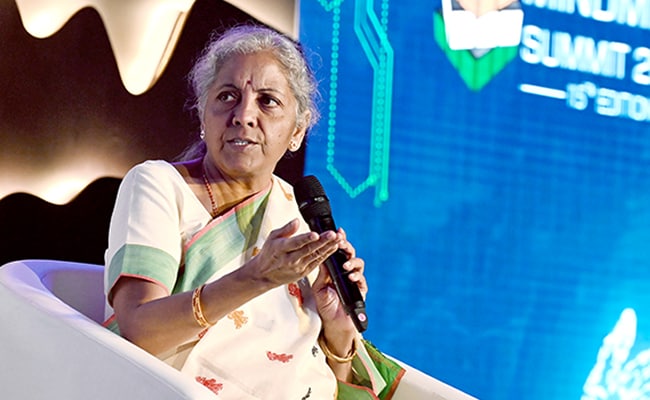 The Sharad Pawar-led NCP on Saturday advised Finance Minister Nirmala Sitharaman to concentrate on steering the economy instead of focusing on Baramati, amid reports that she would again visit the Pawar family bastion.

The BJP has been aggressively shoring up its presence in the western Maharashtra constituency represented in Lok Sabha by NCP founder Sharad Pawar's daughter Supriya Sule, who has been among the vocal critics of the Narendra Modi government.

"Finance Minister Nirmala Sitharaman is concentrating so much on 'B for Baramati' that she has forgotten 'E for Economy'. Reports say that Sitharaman will be back once again in Baramati to work on winning that seat for BJP in the 2024 Lok Sabha elections," NCP spokesman Clyde Crasto said.

He said Ms Sitharaman has been tasked with the responsibility to make sure BJP defeats Ms Sule from Baramati in the next Lok Sabha elections.

"In the process of trying to do so Sitharaman seems to have forgotten that she is also the Union Finance minister and her duty is to concentrate on our economy too," Clyde Crasto said.

Ms Sitharaman had visited Baramati for three days in September and held meetings with BJP workers as part of efforts to prepare the party for the upcoming elections.

Union minister Prahlad Singh Patel was on a two-day tour of Baramati to strengthen the BJP organisation in the region.

"During her tenure, she has failed to take care of our economy and has made frivolous unsubstantiated statements to cover the same. This prompted her party leader Nitin Gadkari to praise our former PM Manmohan Singh for his handling of the Indian economy," Clyde Crasto said.

The NCP spokesman noted that Nitin Gadkari had also said India needed a liberal economic policy with the intention to provide its benefits to poor people.

"It is about time Sitharaman took her job seriously because concentrating too much on other issues will make her face 'L for Loss' in both 'Baramati' and the 'Economy'," Mr Crasto said.

It's Tough To Short Adani Stocks Listed In India. Here's Why