Farmer Buries Chickens Alive After Fall In Prices Due To Coronavirus

In the shared video, the farmer is seen burying chickens alive in a pit. 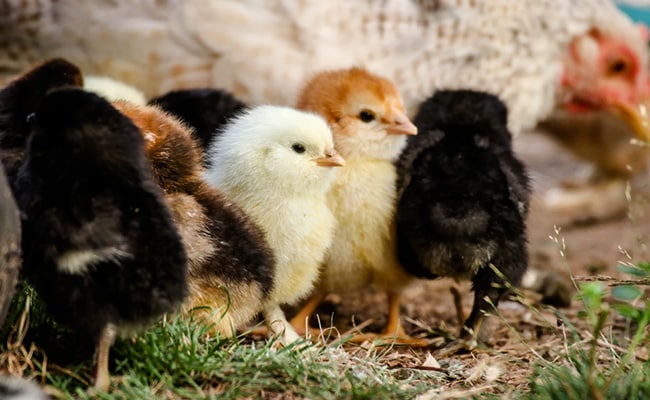 In the shared video, the farmer is seen burying chickens alive in a pit. (Representational)

A poultry farmer in Karnataka buried hundreds of chickens alive after steep fall in its prices due to coronavirus scare.

A Twitter user by the name of Niranjan Kaggere (@nkaggere) shared a shocking video of the incident with the caption, "a dejected farmer Nazeer Makandar from Lolasoora village in Gokak, Belagavi, decided to bury chickens from his poultry farm, following steep fall in price due to #CoronavirusOutbreak."

In the shared video, the farmer is seen burying chickens alive in a pit.

As the video went viral, Twitterati flooded the social media with their angry reactions.

A user wrote, "Cruel. He could have just left the chickens out. Why did he have to bury them alive."

Another wrote, "Instead of doing this, he could have distributed them for free."

"This is madness. We tend to use nature's givings and when the time comes, we show no mercy in destroying them. At least these birds could have been given some anaesthetics to kill them off. Burying something alive is not a solution to any problem," read one post.

A user remarked, "end of humanity. You can't just bury them alive on the basis of a rumour."

The poultry industry in different parts of the country has been hit hard amid rumours that the novel coronavirus can be transmitted through consumption of chicken.

Last month, the Union Ministry of Animal Husbandry had clarified that chicken may be considered safe as no report has so far confirmed its involvement in the coronavirus outbreak.