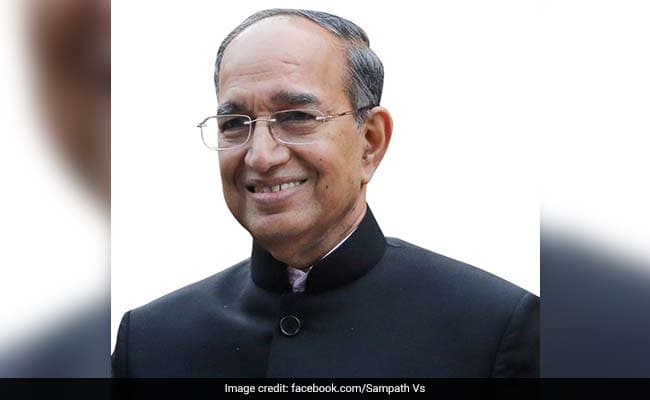 VS Sampath said this month alone, donations of Rs 1,700 crore were made to various political parties.

The Congress election manifesto released on Tuesday also said that the greatest challenge to free and fair elections is the Election Commission's inability to prevent the use of black money in poll campaigns.

"We will scrap the opaque electoral bond scheme that was designed to favour the ruling party," it said.

Mr Sampath who was speaking at an SPS-PVR panel discussion on 'Demystifying Elections' said that this month alone, donations of nearly Rs 1,700 crore were made to various political parties.

"In this, the identity of the donor is not known...it is anonymous...such donations can lead to malpractices," Mr Sampath said.

Adding to Paranjoy Guha, Election Analyst, Former Editor EPW, said, "Electoral bonds are legalised corruption, because who gets to know the information relating to the electoral bonds? It is the State Bank of India, 80 per cent of SBI's stakeholder is the government of India."

He said the information that he has is that 90 per cent of the electoral bonds purchased have been deposited in the accounts of the ruling BJP.