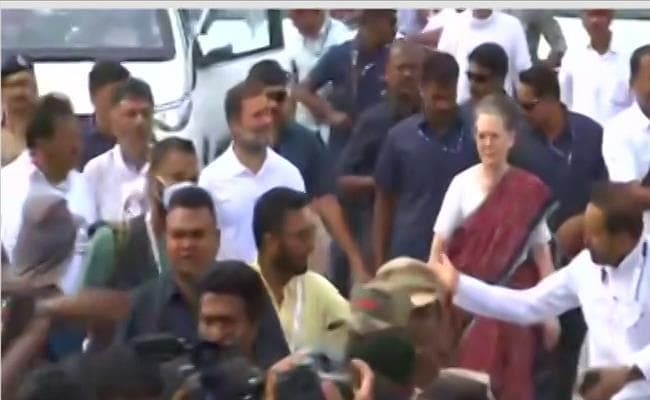 Mrs Gandhi, who arrived in Mysuru on Monday afternoon for the party's ongoing Bharat Jodo Yatra in Karnataka, which is currently on a two-day break for Ayudha Puja and Vijayadashami (Tuesday and Wednesday), is staying in a private resort here.

She will participate in the Yatra on Thursday morning when it resumes after a two-day break.

Sonia Gandhi had not campaigned for the party during elections in the recent past due to health reasons.

It will be after a long time that Mrs Gandhi will participate in the party's public event where a large number of Congress workers are participating.