Did You Use Data Of Indians: India Sends Cambridge Analytica A Notice

The company has been told to come back with the answers by next weekend, 31 March. A government announcement, however, did not say if the notice sent to the company had been issued under any law. 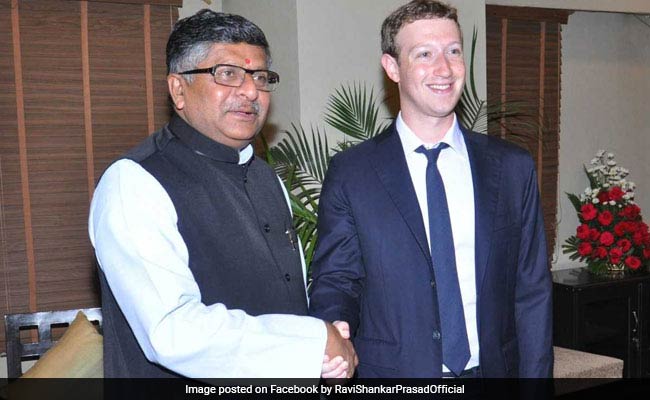 New Delhi: India has asked Cambridge Analytica, the firm at the centre of Facebook users' data breach, to report if it had been engaged in any assignment to utilize data of Indians made available due to the data breach.The British consulting company faces accusations that it harvested data of up to 50 million Facebook users without permission and used the data to help politicians in the United States and United Kingdom.

The six-point questionnaire sent to the online data analytics company is the first concrete step taken by the government over the data breach that has also triggered a political row in the country.

The company has been told to come back with the answers by next weekend, 31 March. A government announcement, however, did not say if the notice sent to the company had been issued under any law.

Ravi Shankar Prasad, the minister for information technology and law, has been accusing the opposition party of having dealt with the UK-based consulting firm that the minister had described as a "rogue data analysis firm". The Congress was quick with counter-charges but underlined that the minister was dishing out what it called were blatant lies to divert the country's attention.

Mr Prasad had also spoken of his government's powers to summon Facebook founder Mark Zuckerberg if a need arose. An official statement issued on Friday did not seek any answers from Facebook. It noted that Mark Zuckerberg had apologized "for the mistakes his company had made in handling data belonging to its users, and has promised tougher steps to restrict access to such information."

Promoted
Listen to the latest songs, only on JioSaavn.com
Instead, the government focussed its attention on Cambridge Analytica, the firm that is seen to be specializing in using online data to create voter personality profiles to target them with political messages.

It asked whether the firm had utilised data of Indians accessed due to the data breach, the entities who engaged them, how they got hold of this data and the how this information was used. It has also been asked to elaborate if any profiling was done on the basis of such data.