"Is it necessary to take Rahul that seriously? His approach, whatever it has been in Indian politics, everybody has seen. Need not react," party chief JP Nadda said. 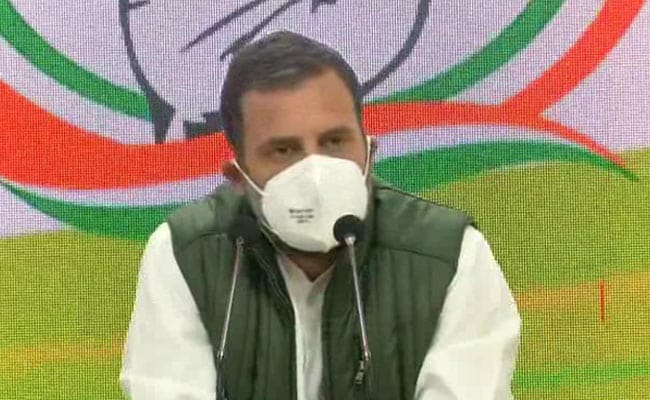 "Why do so many dictators have names that begin with M?" Rahul Gandhi tweeted.

Congress's Rahul Gandhi, who regularly targets Prime Minister Narenra Modi in his tweets, posted a barbed question today. "Why do so many dictators have names that begin with M?" he tweeted. A list followed as evidence -- "Marcos, Mussolini, Milosevic, Mubarak, Mobutu, Musharraf, Micombero".

There was no further explanation or context to the tweet, which was liked nearly 58,000 times and shared 12,400 times.

Why do so many dictators have names that begin with M ?

The BJP refused to react. "Is it necessary to take Rahul that seriously? His approach, whatever it has been in Indian politics, everybody has seen. Need not react," party chief JP Nadda said.
Mr Gandhi has been consistently targeting the government over the farmers' issue.

"Modi style of governance - Shut them up, cut them off, crush them down," Mr Gandhi tweeted, attaching a screenshot of a news report - titled "Twitter helps govt block accounts tweeting on farmer protests".

Today, the former Congress chief also posted a video of a press conference where he demanded that the Prime Minister "does his job".

"There is no leadership in this country any more. There is just talk. There is no understanding, no strategy. The thing has come apart... so my constant request to the Prime Minister is 'Do your job. You have been elected. Do your job'," Mr Gandhi said at the presser.

In the video he is also heard citing the protesting farmers. "Your job is to protect the kisan (farmer) who is standing outside. Go hold their hand, give them a hug and tell them 'What is it that I can do for you'."

In another tweet yesterday, he had shared photos of  barricades at the Delhi borders to keep out the protesting farmers. "GOI, Build bridges, not walls!" read the tweet.