Coronavirus: Finance Minister Nirmala Sitharaman indicated that the big sums that the centre has dropped into reviving businesses would eventually trickle down 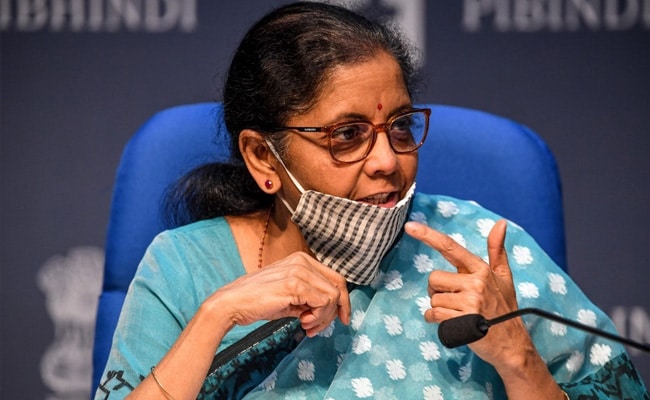 Finance Minister Nirmala Sitharaman said the Rs 20 lakh crore package announced by Prime Minister Narendra Modi to help the economy recover from the shocks linked to the coronavirus pandemic will have a "multiplier effect".

She indicated that the big sums that the centre has dropped into reviving businesses would eventually trickle down.

"It was important to give stimulus for businesses to start off. In PM Garib Kalyan scheme, introduced after the lockdown, we gave some cash transfer. (But) with that done, we weren't closing the option," Ms Sitharaman told news agency ANI.

"For cash transfer, we thought it was far more effective because the way in which we've planned it, we thought there'll be greater multiplier effect and therefore it should be through banks, businesses, through money given for working capital," she said.

PM Modi announced the stimulus over a month after the coronavirus lockdown was first enforced on March 25. As the lockdown continued to be extended, lakhs of businesses, mostly small ones, started feeling the pinch. Adding to the problem was job and pay cuts.

Migrant workers who depended on daily wages have had to walk home hundreds of kilometres from the cities as money and food ran out. Though they subsequently got special transport like buses and trains, many who could not find transport continued to pour out of the cities in large numbers.

The Finance Minister indicated that boosting businesses is important to restart the economic recovery from the debilitating effects of the pandemic on trade.

India's gross domestic product or GDP will contract by an annualised 45 per cent in the second quarter from the prior three months, compared with a previous forecast of a 20 per cent slump, Goldman Sachs economists Prachi Mishra and Andrew Tilton wrote in a note on May 17, Bloomberg reported.