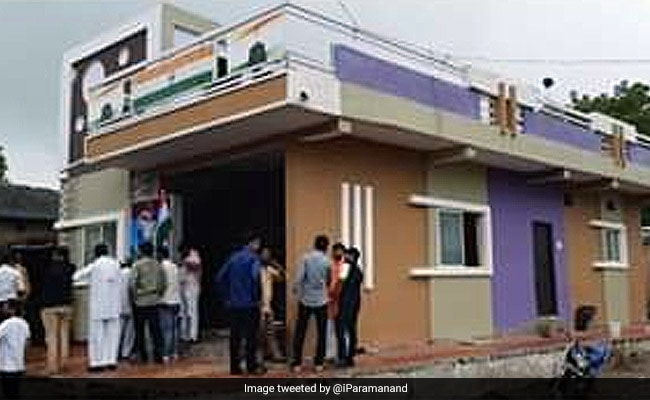 Twenty-six years after he was killed in the line of duty, the family of a BSF jawan left their thatched dwelling behind and moved into a new pucca house, thanks to a group of youngsters from their village.

A video of the event went viral on social media.

It showed some of the villagers placing their palms on the ground on which Raju Bai walked to enter the house.

She also tied rakhis for some others who were standing and holding their hands out.

Chief Minister Kamal Nath took note of it. He "salutes" the youths of the village for raising money and giving a new house to a martyr's family, Mr Nath tweeted.

Vishal Rathi, convener of Shaheed Samrasata Mission (SSM), a group of youngsters from the village, said Suner died during an anti-terrorism operation in Tripura in December 1992 at the age of 24.

His wife worked as a labourer to earn a living. When he died, Raju Bai had a three-year-old son and was four months pregnant.

Suner and Raju Bai's younger son, Lokesh, has joined the BSF and is undergoing training at present.