Sakshi Maharaj, who is known for triggering controversies with his polarizing remarks, had met Kuldeep Sengar in prison earlier this year. 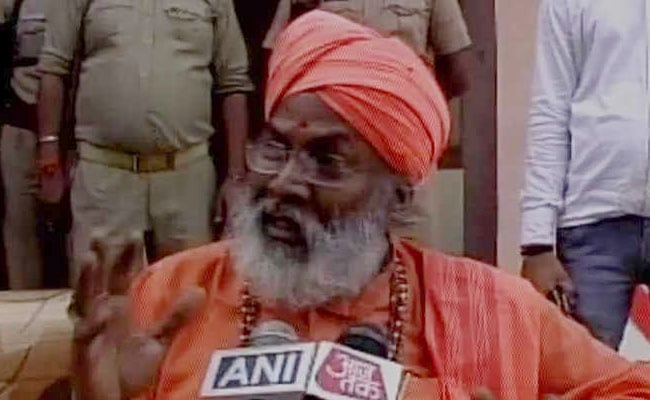 Sakshi Maharaj, the BJP MP from Uttar Pradesh's Unnao, has come under fire from the Congress for posting birthday wishes on Twitter to rape-accused MLA Kuldeep Singh Sengar, just hours after denouncing the attack on another rape survivor in Unnao.

The lawmaker from Unnao posted a birthday message in Hindi on his official Twitter handle, with his own photo, on Thursday. Kuldeep Singh Sengar, a lawmaker from Bangarmau in Unnao, is in jail for allegedly raping a 16-year-old girl. He was expelled by his party, the BJP, earlier this year.

Just hours before posting his tweet, Sakshi Maharaj had called a 23-year-old Unnao rape survivor being set on fire on Thursday an "unfortunate incident". "The Unnao incident is really unfortunate. I have used all my power so that the investigation is done and the accused get punishment. The accused in such heinous crimes should get capital punishment," he was quoted as saying by news agency ANI.

The rape survivor is fighting for her life with 90 per cent burns and has told the police she was thrashed and stabbed before being set on fire by five men near her village in Unnao, including two she had accused of raping her and their fathers. Her alleged rapist, who was among the attackers, had been released on bail in the case five days ago.

Congress general secretary Priyanka Gandhi Vadra, taking exception to Sakshi Maharaj's post, tweeted: "A lawmaker and BJP MP is giving best wishes to rape accused MLA. Only yesterday (Thursday) in Unnao, a rape survivor was set on fire. When lawmakers will stand in support of rape accused, how will anybody fight with the criminals."

Sakshi Maharaj, who is known for triggering controversies with his polarizing remarks, had met Kuldeep Sengar in prison earlier this year. The purpose of the visit, Sakshi Maharaj said, was to thank Sengar for his massive win in Uttar Pradesh's Unnao constituency in the general elections.

Kuldeep Sengar was sent to Sitapur jail in May 2018 over charges of raping a minor girl who had approached him at his Unnao residence for a job. He, along with nine others, now faces additional allegations of orchestrating a July 28 road accident in Raebareli that ended up critically injuring the rape survivor and her lawyer, besides killing two of her aunts.