BJP MLA Surendra Singh said instead, the history of Shivaji, Rana Pratap, Lord Rama should be taught so that the children can get inspiration from their lives. 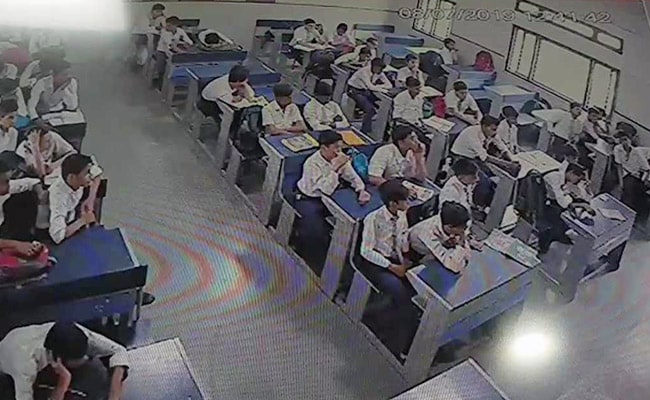 British era history reminded one about the days of slavery, he said. (Representational image)

Controversial BJP MLA Surendra Singh on Thursday said Mughal and British era history should not be taught at the primary and high school level as it reminded one about the days of slavery.

Mr Singh said instead, the history of Shivaji, Rana Pratap, Lord Rama and K B Hedgewar, founding Sarsanghachalak of the Rashtriya Swayamsevak Sangh (RSS), should be taught so that the children can get inspiration from their lives.

"The Mughal and British era history of foreign invaders being taught in schools reminds one of the days of slavery. It could be incorporated in the syllabus at the graduation or post graduation level but it is not good to teach it at the primary to high school level," Mr Singh said.

He said, "Instead, history of Shivaji, Rana Pratap, Lord Rama and Lord Krishna as also that of K B Hedgewar and M S Golwalkar should be taught so that children could get inspiration from their lives and learn dedication towards the nation."

The BJP MLA is known for making controversial statements. According to media reports, he had earlier termed doctors as "demons" and journalists as "brokers".

To a question on the post-election developments in Maharashtra, he advised Shiv Sena chief Uddhav Thackeray to do politics for the good of people.

"Uddhav Thackeray is the son of a "rashtrabhakt" father. The aim of both Shiv Sena and BJP is the same," he said.

After the results of the assembly elections were declared, the Shiv Sena has been aggressively pushing for rotational chief ministership and a 50:50 power-sharing formula, demands rejected by the BJP.