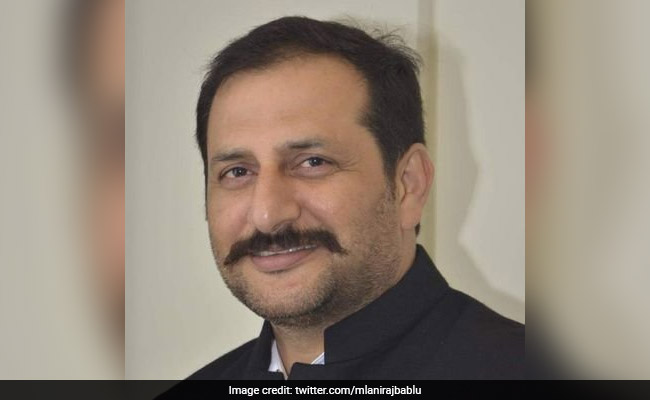 BJP MLA Niraj Kumar Singh alias Bablu is contesting the Bihar legislative assembly election from Chhatapur constituency. He has been an MLA since 2005. Till 2015 he was with Bihar Chief Minister Nitish Kumar's party Janata Dal United. But in August 2015 he rebelled against the JDU along with eight other MLAs and joined the BJP.

Mr Singh, 51, is a relative of actor Sushant Singh Rajput, who was found dead in his Mumbai home in June this year. The BJP MLA had criticised the Maharashtra government for allegedly going slow in the investigation into the actor's death.

People in Chhatapur constituency will vote in the third phase of the Bihar assembly election. The state election will be held on October 28, November 3 and 7; results will be announced on November 10.

The BJP re-nominated Mr Singh to fight from Chhatapur when it announced the names of its candidates for the third phase of the Bihar election.

In the last assembly election in 2015, Mr Singh defeated Jahur Alam of Lalu Yadav's party Rashtriya Janata Dal (RJD). Mr Singh got 43.71 per cent votes while Mr Alam got 38.35 per cent votes in Chhatapur constituency in the election five years ago.

Mr Singh was born on February 2, 1969 in Bihar's Purnia district. He graduated with a Bachelor of Applied Science degree. He is married to Nootan Singh and they have two sons.