Complaints were filed against Uma Shankar in connection with the election-related clashes earlier in the day. 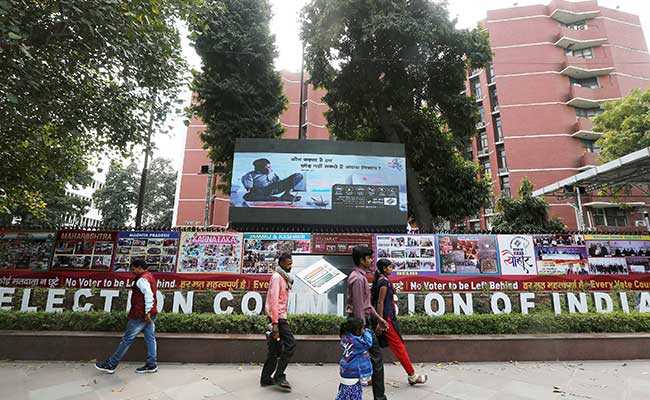 The Election Commission on Sunday ordered the removal of Bankura District Magistrate Uma Shankar, following clashes between Trinamool Congress and BJP workers in the West Bengal constituency during the sixth phase of the Lok Sabha polls. IAS official Mukta Arya has replaced him with immediate effect.

Complaints were filed against Uma Shankar in connection with the election-related clashes earlier in the day.

"I am directed to refer to the subject cited, and to state that the Commission has directed that Ms Mukta Arya (RR-2008), IAS, be posted as DM-cum-DEO Bankura with immediate effect. The new incumbent should join before commencement of scrutiny tomorrow," the order issued by Election Commission Under Secretary Rakesh Kumar Saini to the West Bengal Chief Electoral Officer stated.

According to news agency ANI, a BJP worker was injured in the violence that erupted outside a polling booth in the election constituency earlier today. "The Trinamool has done this, who else? Violence, bloodshed and destroying democracy -- this is the Trinamool Congress' job. Looking at how badly he is hurt, the chances of our worker's survival is low," Subhash Sarkar, the BJP candidate from Bankura, told ANI.

Subhash Sarkar is contesting against the Trinamool Congress' Subrata Mukherjee in Bankura.

Union Minister Babul Supriyo's convoy was attacked allegedly by Trinamool Congress workers in Basirhat earlier on Sunday. The incident occurred while he was returning from a rally held in support of North 24 Parganas BJP candidate Sayantan Basu.

Bharati Ghosh, the BJP candidate from Ghatal, also claimed that she was attacked, heckled and pushed to the ground at a polling station. She reportedly managed to escape by taking refuge in a nearby temple.

The body of a BJP worker was found dead in tribal-dominated Jhargram district on Saturday night.

"We Are Dying...": Video Of Kamal Nath On Rahul Gandhi's Yatra Is Viral