Ashok Tanwar said the new party will focus on all sections of the society and will highlight the failures of Delhi government over drinking water and pollution. 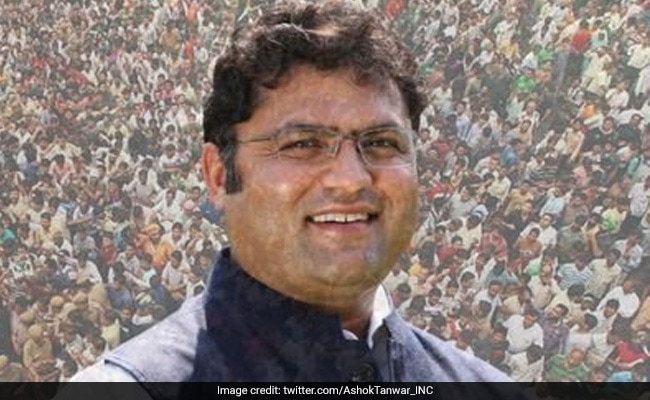 Former Haryana Congress chief Ashok Tanwar has decided to float a new political outfit before the assembly elections in Delhi. The proposed outfit, whose name has not been finalized yet, will take up key issues such as 'Delhi bachao, desh bachao' from next month.

Mr Tanwar, who quit Congress over differences with senior state party leader, Bhupinder Singh Hooda, told IANS that the new party will focus on all sections of the society and will highlight the failures of Delhi government over drinking water and pollution.

The new outfit will also focus on Delhi's Dalit and minority population by highlighting the issue of demolition of Ravidas temple in south Delhi.

Mr Tanwar held a meeting with his supporters in Delhi today and discussed strategy for the launch of the new outfit.

The Delhi Assembly elections are due early next year. The ruling Aam Aadmi Party (AAP) at present claims to be on a strong wicket with BJP trying to make inroads and Congress trying to regain the lost ground.

In 2015 Delhi elections, AAP won 67 seats and BJP 3. The Congress failed to open its account.