Ahmed Adeeb Abdul Ghafoor, who arrived in the cargo vessel along with nine crew members on Thursday, was not allowed to disembark from the ship and was questioned on-board by various central agencies. 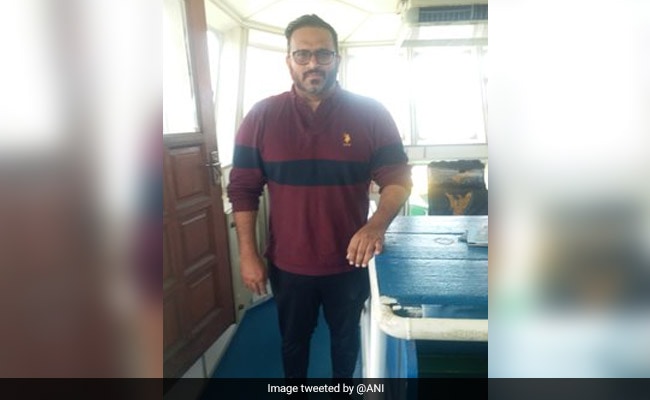 Former Vice President of Maldives Ahmed Adeeb Abdul Ghafoor, who had sought political asylum in India after arriving in Tamil Nadu on a cargo vessel, was arrested by Maldives police on Saturday after the Indian authorities sent him back to the island nation.

Ghafoor, who arrived in the cargo vessel along with nine crew members on Thursday, was not allowed to disembark from the ship and was questioned on-board by various central agencies.

The Maldivian leader has been sent back to the island nation, with authorities not allowing him to deboard as he did not possess the required documents, a police official told PTI in Tuticorin.

"We would like to confirm that Ahmed Adeeb Abdul Ghafoor of H Saamaraa has been arrested and is being transported to Male under our custody," Maldives police confirmed on Saturday.

A UK lawyer from the firm representing the politician said on Friday that Ghafoor had sought political asylum from India as he faced a serious risk to his life in his home country.

"We remain deeply concerned that he could be returned to the Maldives where his life is at risk," said Toby Cadman, co-founder of Guernica 37 International Justice Chambers - the firm representing the politician in his bid for political asylum.

"He has made a plea for asylum and that should be upheld. I would strongly urge the Indian authorities to respect national law and its international obligations and provide the protection he requires," Cadman said.

According to his legal team, Ghafoor fell out of favour with the then Maldives President Abdulla Yameen and was investigated in connection with an alleged bomb plot to assassinate Yameen.

Thereafter, he was implicated in various allegations of corruption, resulting in him being imprisoned for a period of three years on offences he denied.

Ghafoor was released from prison at the end of last year and the Supreme Court in Maldives reportedly acquitted him of all offences earlier this year, citing "political influence" exercised over the trials.

It is claimed that despite being acquitted, he has remained under house arrest following an appeal being lodged by the Prosecutor General against his acquittal.

Earlier, the Ministry of External Affairs had said that it was working on establishing the "veracity of the reports". It said as the former political leader had entered India with a lack of valid travel documents, his entry to India remained uncertain.