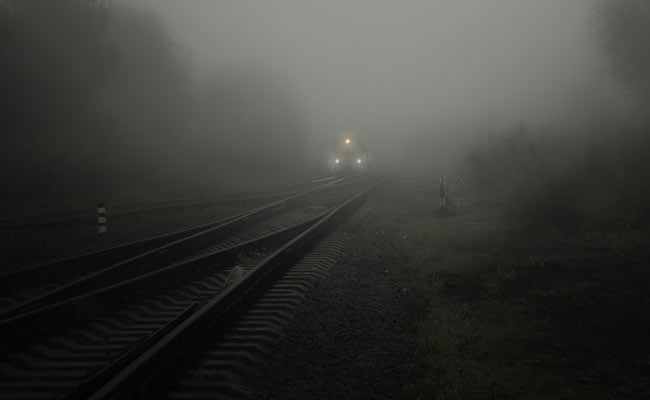 The incident happened after the engine, the front guard-cum-luggage van and a general second class coach of 18005 Howrah-Jagdalpur Express got derailed after hitting the maintenance tower car engaged in some work, he said.

The engine caught fire after it hit the tower car and later, it was detached from the rake, the spokesperson said, adding only the engine was affected and the train and passengers remained unharmed, while three staff engaged in the tower car died.

The Railways ordered an inquiry by the Commissioner of Railway Safety, Kolkata, Mr Mishra said, adding that the matter has been viewed seriously and the Railway Board sought full details of the accident.

The Commissioner of Railway Safety is an independent statutory authority under the Ministry of Civil Aviation.

The station masters on duty at Keutguda and Singapur Road have been placed under suspension, Mr Mishra said.

A fire brigade and ambulance were sent to the site and senior officers from Visakhapatnam also rushed in.

The deceased were identified as Sagar, senior section engineer, Electrical, Gouri Naidu, electrical technician, and Suresh, technician of the maintenance tower, he said.

Two buses were engaged for transporting the passengers of the train to Jagdalpur and arrangements were made to provide them food, Mr Mishra said.

Steps have been taken to get the detached train back to Rayagada, sources said.