Both Nirmal Hriday and Shishu Niketan are run by Mother Teresa-founded Missionaries of Charity. 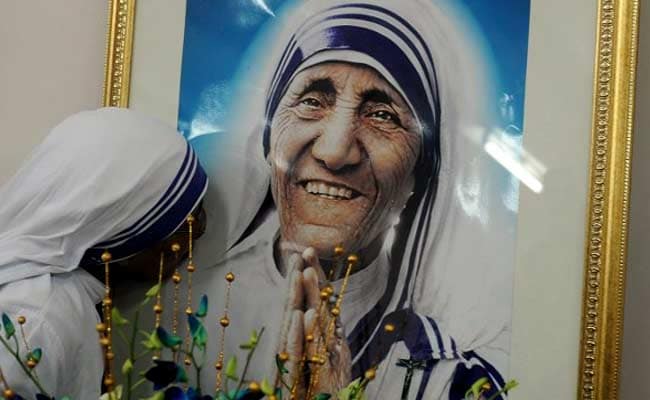 A day after a nun at Nirmal Hriday in Ranchi was held for allegedly selling a baby, the district unit of Child Welfare Committee (CWC) today shifted 22 children of Shishu Niketan, another shelter home in the vicinity, to a new accommodation.

Both Nirmal Hriday and Shishu Niketan are run by Mother Teresa-founded Missionaries of Charity.

The move comes two days after the chairperson of CWC's Ranchi unit, Rupa Verma, filed a complaint against Nirmal Hriday staffer Anima Indwar for allegedly selling an infant boy to a UP-based couple.

Acting on the complaint, police arrested Indwar on Wednesday. Following the arrest, 13 girls from Nirmal Hriday were shifted to another shelter home.

Ms Verma said the section of Nirmal Hriday, which provided shelter to unwed mothers, has been sealed.

"We have moved 13 girls and 22 children from Nirmal Hriday and Shishu Niketan (respectively) to a new home," she told PTI.

"We arrested Anima Indwar and sister Konsalia of Nirmal Hriday so far as part of the investigation process. The details of the case would be made public only after the probe progresses," he said.

Meanwhile, the Missionaries of Charity headquarters in Kolkata today issued a statement, saying it would take necessary action to find out the truth.

"We are shocked at such news, which totally goes against the value and ethics espoused by the Missionaries of Charity (MIC), the nuns and its founder. The MIC is looking into the allegations against the accused employees in Jharkhand with all seriousness," Sunita Kumar, a spokesperson of the foundation said.

Ms Kumar, in the statement, also clarified that the Missionaries of Charity had stopped putting up children for adoption three years ago.

"The nuns and everyone at MIC are shocked after hearing the news and could not believe such a thing really happened. The MIC had stopped giving children for adoption three years back and had never asked for money from parents for adoptions," she said.

In her complaint on Wednesday, Ms Verma had said that a couple from UP's Shone Bhadra district approached the CWC after Nirmal Hriday allegedly took away the child they had given them on May 14.

The couple told Ms Verma that they had to pay Rs 1.2 lakh to the shelter home on May 1 to get custody of the baby boy.

"The UP-based family alleged that Indwar, who handed over the child to them, had called them up on June 30 and asked them to visit the shelter home for completing certain formalities. When the child was brought to Nirmal Hriday on July 1, Indwar took the boy away," Verma told PTI yesterday.

She also said that Indwar had called up the couple a day after the CWC carried out a surprise check at Nirmal Hriday and seized "important" documents.

"The couple, with no help in sight, knocked the doors of CWC for help. The boy is in custody of CWC at present," Ms Verma had said, claiming that a baby-selling racket has been operating from the shelter house for some time.