On Rekha's Birthday, A Look At Her 10 Best Films 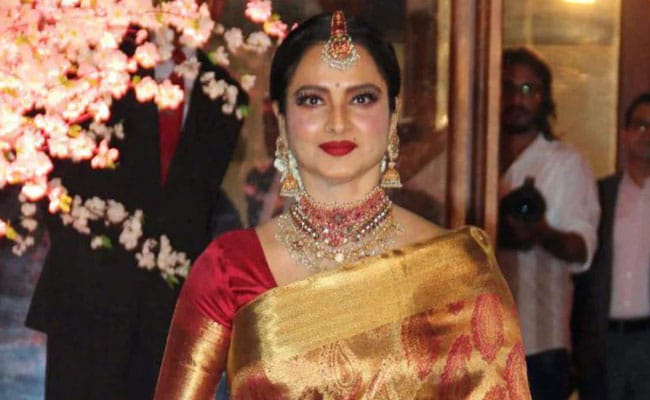 A file photo of Rekha.

Happy birthday Rekha. Known for her silken, husky voice, her mesmerising dancing skills and acting abilities par excellence, Rekha is one of the most iconic actresses among us today. The diva, who turns 67 today (October 10), seems to have found the elixir of youth. Every time she steps out in her trademark Kanjeevaram saree, Rekha has the nation in awe of her grace and poise. And, a cursory glance at her filmography will show you the tremendous range and versatility that the actress has displayed since her debut in 1958 as a child artiste.

On her birthday, we look at 10 of Rekha's most iconic films that deserve repeated viewing.

The role that defined Rekha's stature in the industry, this film is a must-watch. Songs like Dil Cheez Kya Hai and In Ankhon Ki Masti Ke are played even today, every time Rekha makes an appearance on a reality show or at an event. She also won a National Award for her role as the eponymous courtesan.

The film stands as testimony to the electrifying chemistry of Rekha and Amitabh Bachchan. Her character, Zohra Bai, became the icon of selfless love and songs such as Salaam-E-Ishq Meri Jaan still remain a cult favourite.

Long before Sonam Kapoor and Fawad Khan gave us the modern-day fairytale, Rekha was the original embodiment of confidence and charm in Khubsoorat. This is a must-watch with your girl gang.

At a time when female-led films were still considered an anomaly, Rekha gave us a heroine for the ages in Rakesh Roshan's Khoon Bhari Maang. Her role of her docile housewife who is compelled to turn into a whip-brandishing force of nature is a fan-favourite even today.

This fine film is remembered for giving us the unforgettable love ballad Mera Kuch Saamaan. But, Gulazar's Ijaazat is also loved for lending a kind and respectable glance at the nuances of a broken marriage and human relationships. Rekha as a woman who runs into her ex-husband (Naseeruddin Shah) on a stormy night is a revelation in each frame.

Rekha's portrayal of a rape survivor in this film is one of sensitivity and empathy. Also, don't miss the lovely songs.

Revisit the melodies of the film here.

Despite an ensemble cast, Rekha held her own as Ramdulari, a village midwife who refuses to bend down to patriarchy.

Watch the promo of the film here.

Utsav, directed by Girish Karnad, is a visual poem with Rekha delivering a stunning performance in each shot. Balancing both sensuality and vulnerability, this was Rekha in a never-seen-before avatar.

Silsila is considered one of the most popular films in Bollywood. The love triangle between Amitabh Bachchan, Jaya Bachchan, and Rekha in the film was allegedly a reflection of their off-screen life as well, many felt.

No matter what your taste in cinema is, there is a Rekha film waiting to be discovered and enjoyed.