"People loved the show at that time. It's good that it is coming back on the screen again," said the actor 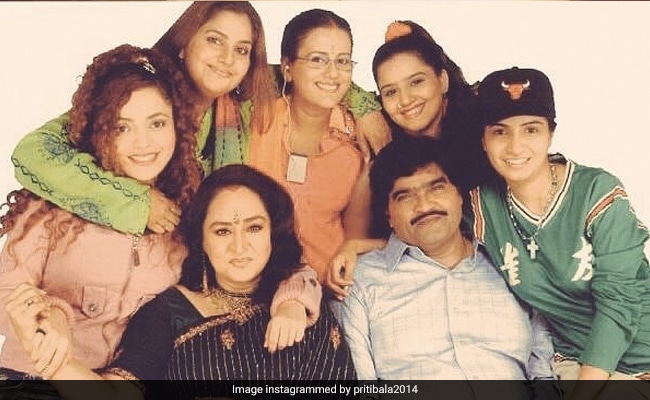 Hum Paanch, one of the popular family shows of the Nineties, is all set to re-air on Zee TV amid the lockdown. However, Ashok Saraf, who played the lead actor in the show, revealed in an interview to Pune Mirror that he had no clue about the show returning to the small screen. Ekta Kapoor's Hum Paanch aired from 1995 to 1999 on Zee TV and Ashok Saraf co-starred with Shoma Anand, Vandana Pathak, Amita Nangia, Rakhi Vijan, Priyanka Mehra and Bhairavi Raichura in the show. Actress Vidya Balan was also part of the show for short time. When asked about Hum Paanch, Ashok Saraf told the publication: "It's great that the serial is back again. I didn't even know about it! I am learning it from you."

"People loved the show at that time. It's good that it is coming back on the screen again," he added. On Thursday, Zee TV made an announcement about the show's come-back on Twitter and wrote: "Iss baar fun x 1 nahi, fun x Paanch hoga! #ReliveTheFun."

Even after two decades, Hum Paanch still rules the hearts of many. Expressing his views about the show's popularity, Ashok Saraf said: "The script of Hum Paanch was extremely powerful, written by Imtiaz Patel. He has written the characters so well, people got hooked with each of them."

Recalling the fun he used to have with his onscreen Mehra family, Ashok Saraf told Pune Mirror: "We were one happy family. We couldn't keep track of time as when we started shooting until we used to pack up. And then we used to wait for the next day. Everyone used to be so happy and excited on the sets."

The second season of Hum Paanch aired from 2005 to 2006. However, it failed to recreate the magic like the first season on television. Calling the second season a "failure," Ashok Saraf said: "It's impossible to make Hum Paanch again. Some people tried but it was a failure. You need the same writers and directors to execute the show... It's not that easy to do comedy. Not everyone can do it."

Other than Hum Paanch, 90s' cult shows like Ramayan, Mahabharat, Shaktiman have also returned to the small screen on public demand.