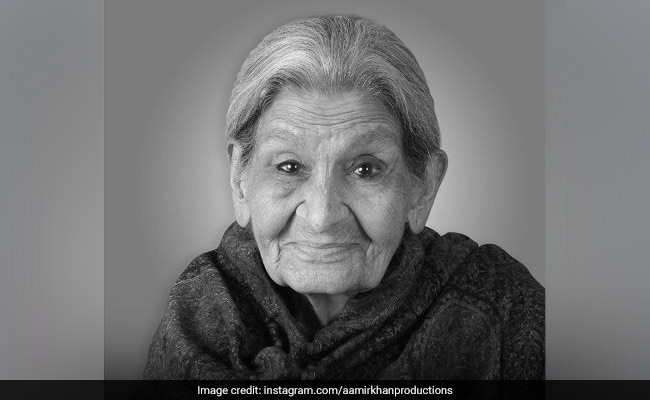 Actress Farrukh Jaffar died at the age of 88 in Lucknow on Friday and a day later, her Secret Superstar co-star Aamir Khan mourned her in an emotional post on Instagram. Sharing a picture of Farrukh Jaffar, Aamir Khan wrote that her "infectious energy and sense of humour will always keep us smiling." His tribute to the late actress read: "Her infectious energy, passion, liveliness and sense of humour will always keep us smiling. RIP Farukh Jaffer Ji." Farrukh Jaffar also featured in brief roles in popular films such as Gulabo Sitabo, Swades (starring Shah Rukh Khan), Peepli Live, Aligarh, Salman Khan's Sultan, and Nawazuddin Siddiqui's Photograph.

Secret Superstar featured former actress Zaira Wasim playing the lead role of a young singer trying to break societal shackles to make a name in the music industry. Aamir Khan played the role of a music director in the film.

Farrukh Jafar was a former radio presenter, who was married to journalist-politician Syed Muhammad Jaffar. They had two daughters named Mehru and Shaheen, respectively.

The actress started her career with Vividh Bharti in 1963 and stepped into movies by featuring in a supporting role in a 1981 film. Farrukh Jaffar started her acting career with Bollywood film Umrao Jaan, in which she played the role of veteran actor Rekha's mother.

Talking about Aamir Khan, he will next be seen in Laal Singh Chaddha. It is a Hindi remake of Tom Hanks' 1994 film Forrest Gump.