Rutger Hauer was best known as the android outlaw in the science-fiction thriller Blade Runner. 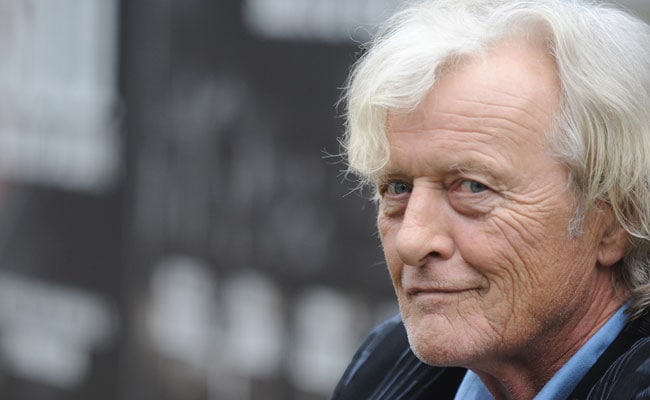 The cause of Rutger Hauer's death is yet unknown. (Image courtesy: AFP)

Rutger Hauer, a rugged Dutch actor who played Nazis, action heroes and bloodsucking vampires, but who was best known as the android outlaw in the science-fiction thriller Blade Runner, died July 19 at his home in Beetsterzwaag, a village in the Netherlands. He was 75.

His agent, Steve Kenis, confirmed the death but said he did not know the cause.

The blond-haired, blue-eyed Hauer was scarcely known in the United States when he burst off the screen in Blade Runner (1982) as a bioengineered android, or "replicant," pursued by Harrison Ford.

Directed by Ridley Scott and adapted from a novel by Philip K. Dick, the film was a neo-noir drama set in a dystopian future of giant corporations, overcrowded cities and environmental ruin - the year was 2019 - in which replicants are hunted down by special police known as Blade Runners.

Although it opened to mixed reviews, the film is now regarded as a classic, with lengthy studies devoted to its examination of what it means to be human. The movie propelled the career of Hauer, whose square-jawed figure, icy stare and droll humor helped make him a staple of action and horror films, if never quite a star.

He won a Golden Globe for best supporting actor for Escape From Sobibor, a 1987 TV movie about an uprising at a Nazi death camp - he played the Jewish hero, against type - and in 2005 was a morally corrupt Catholic cardinal in Sin City and a greedy Wayne Enterprises executive in Batman Begins.

Hauer also starred in the 1985 medieval fantasy Ladyhawke, alongside Matthew Broderick and Michelle Pfeiffer; played a vampire king in the 1992 movie Buffy the Vampire Slayer; and ruled a supernatural tribe in the HBO series True Blood.

But he remained indelibly linked with Roy Batty, the murderous Blade Runner replicant who is programmed with a life span of four years. Hauer, wrote New York Times movie critic Janet Maslin, was "by far the most animated performer in a film intentionally populated by automatons," and "often upstaged" Ford's hard-boiled detective, Rick Deckard.

"I've seen things you people wouldn't believe," Batty tells Deckard at the climax of the film, realizing he is about to die. "Attack ships on fire off the shoulder of Orion. I watched C-beams glitter in the dark near the Tannhauser Gate. All those moments will be lost in time, like tears in rain. Time to die."

In a 2017 interview with the British magazine Radio Times, Hauer said he edited the monologue himself, paring down what he described as "overwritten" material from the screenwriters and adding the line about "tears in rain."

"For the end line I was hoping to come up with one line where Roy, because he understands he has very little time, expresses one bit of the DNA of life that he's felt," Hauer said. "How much he liked it. Only one life."

Rutger Oelsen Hauer was born in the Dutch town of Breukelen on Jan. 23, 1944, and raised in nearby Amsterdam, where his parents ran an acting school. He was performing onstage by 5 and ran away from home at 15 to work on a freighter with the merchant marine.

He began learning languages, ultimately mastering a half-dozen, and after a year at sea returned to the Netherlands to work as a carpenter, gardener and electrician. Night school didn't suit him, nor did acting school, and he dropped out to join the army. Once again, he said he felt bored and out of place.

Hauer tried drama school again and came to describe acting as "the urge to, let's say, fulfill a certain black hole in you." He worked in a rural touring company, performing plays by Samuel Beckett and Harold Pinter, and was launched to Low Countries stardom in 1969 on the medieval television series Floris, a kind of Dutch twist on Ivanhoe.

The series was directed by Paul Verhoeven, who went on to cast Hauer in movies including Turkish Delight (1973), an Oscar-nominated Dutch blockbuster, as well as Soldier Of Orange (1977) and Spetters (1980), which found some art house success in the United States.

In his first American film, Hauer played a terrorist in the 1981 Sylvester Stallone thriller Nighthawks. One month before the release of Blade Runner, he portrayed Nazi architect Albert Speer in the TV movie Inside The Third Reich.

Hauer reunited with Verhoeven for the 1985 medieval drama Flesh+Blood; one year later, he played a homicidal hitchhiker in The Hitcher and a bounty hunter in Wanted: Dead Or Alive, an adaptation of the Steve McQueen TV Western.

He also made millions of dollars as the face of an advertising campaign for Guinness beer and starred as an alcoholic homeless man in Italian director Ermanno Olmi's The Legend Of The Holy Drinker (1988), which won the top prize at the Venice Film Festival.

But Hauer, who described himself as "a very nonviolent person," soon returned to the menacing characters that made him famous. He starred as an SS officer in the TV movie Fatherland (1994), was a vampire in the TNT miniseries Salem's Lot (2004, adapted from a Stephen King novel) and played a bloodthirsty businessman in The Sisters Brothers (2018), a Western starring John C. Reilly and Joaquin Phoenix.

For years, he split his time between a potato farm in Holland and a 52-foot sailboat, the Marius, which he anchored off the coast of Los Angeles.

His marriage to Heidi Merz ended in divorce, and in 1985 he married Ineke ten Kate, an artist. In addition to his wife, survivors include a daughter from his first marriage, Aysha Hauer.

"It's so much fun to playfully roam into the dark side of the soul and tease people," Hauer told the Associated Press in 1987. "If you try to work on human beings' light side, that's harder. What is good is hard. Most people try to be good all their lives. So you have to work harder to make those characters interesting."