Some airlines made alternative arrangements for the flyers who were late and accommodated them in next flights. 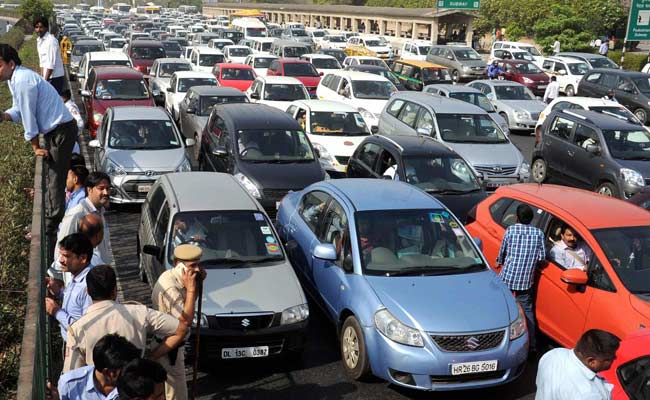 On twitter, passengers said that the traffic jam was 7-km-long (File)

New Delhi: A truck overturn on the national highway 8 created a massive traffic jam on the important stretch leading to the Delhi airport and connecting Gurgaon with the national capital today.

A procession on Mehrauli-Mahipalpur road in the afternoon which connects south Delhi with the airport added to the owes of several people heading to the airport. Delhi traffic police closed both flanks of the road for the procession.

Several passengers on the way to the airport were late which caused chaos at the domestic and international terminals. However, some airlines made alternative arrangements for the flyers and accommodated them in next flights.

On twitter, passengers said that the traffic jam was 7-km-long.

"Passengers flying out of Delhi today are advised to plan their travel in advance due to heavy congestion on NH 8. The passengers reporting late due to this will be accommodated to the next flight as per availability," IndiGo said in a tweet.

Obstruction in traffic on NH-8 in the carriageway from Delhi towards Gurugram due to overturned of a Truck near Mahipalpur Flyover.— Delhi Traffic Police (@dtptraffic) May 30, 2018

Vistara, which operates from terminal 3 of the Delhi airport, said that the heavy traffic congestion on the road to Delhi Airport which has affected both crew and customers. "We will accommodate customers who miss their flight, on seat availability basis in the next flight with no additional fee or fare," it said.