Number Of Deaths In Jammu Waterfall Accident Rises To 8

A huge boulder had rolled down a 100-feet high waterfall at Talwara village, killing seven persons and injuring 33 others on Sunday last. 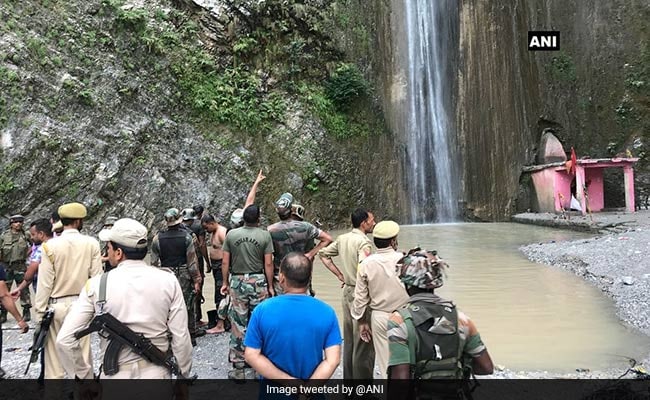 A 50-year-old woman, who was injured in the Siar Baba waterfall accident, died at a hospital in Reasi district of Jammu and Kashmir, taking the death toll in the incident to eight, officials said.

A huge boulder had rolled down a 100-feet high waterfall at Talwara village, killing seven persons and injuring 33 others on Sunday last.

The incident had happened when a large number of people, mostly from Jammu district, had gathered at the picnic spot and some of them were taking a bath under the waterfall.

Babli Devi, a resident of Gangyal and one of the critically injured persons, succumbed to injuries at the Shri Mata Vaishno Devi Narayana Superspeciality Hospital at Kakryal near Katra this morning, the officials said.

All the 33 injured were admitted to hospital on Sunday evening and being provided free treatment by the shrine board.

Of them, five of the seriously injured are recuperating in Intensive Care Units while four of whom were operated upon by the neurosurgery team of the hospital.

Five other persons who suffered fractures were operated upon on Sunday, the officials said adding rest of the injured are stable and would be discharged in due course.

Immediately after the accident, Governor NN Vohra had directed Chief Executive Officer, Shri Mata Vaishno Devi Shrine Board, Dheeraj Gupta, to make arrangements for the treatment of the injured.

As per the directions of the Governor who is also chairman of the Board, the entire cost towards the treatment of the injured persons is being borne by the board.

The officials said family members of the injured patients have also been provided food and accommodation and other required support by the Board, within hospital premises.