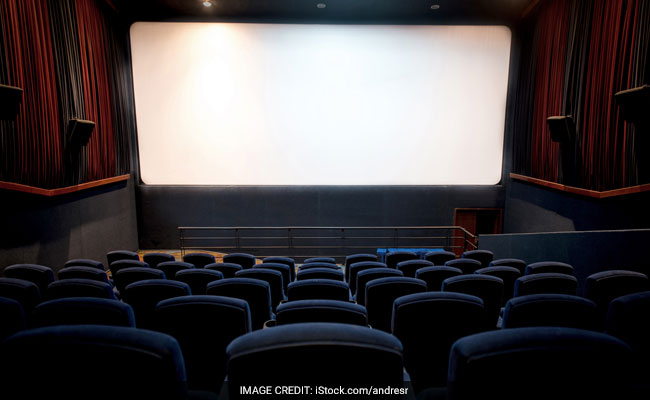 Chennai: A group of college students was manhandled and threatened inside a movie theatre in Chennai on Sunday allegedly because they didn't stand when the national anthem was playing before the film, as ordered by the Supreme Court recently.

The students have been charged for insulting the anthem, a crime that can send one to jail for three years. No action has been taken against those who allegedly attacked them.

"During the interval, people sitting behind us were passing lewd remarks and a man, Vijayakumar, grabbed my friend by the collar and threatened to kill him for disrespecting the national anthem," said one of the girls in the group, refusing to speak on record.

A fight erupted within seconds, she says. "20 people started beating us and called us names," said the teen. The students were asked by the security guards to leave but they didn't, alleging that Vijayakumar had threatened to thrash them the moment they left the theatre.

"All of us in that theatre who didn't stand are very socially conscious and work for the society. For a group that was clapping and cheering at the casteist and sexist jokes throughout the movie was even manhandling one of my female friends, threatening us even...This is just ridiculous in fact," the girl said.

The students finally walked out in the middle of the movie. The police, which had been called by then, waited for the other group to come out so they could be identified.

The two groups were taken to the police station.

A case was filed on a complaint by Vijayakumar that the students, apart from remaining seated, also took selfies and chatted.

Vijayakumar alleges that he and his friends were also beaten.

Promoted
Listen to the latest songs, only on JioSaavn.com
On November 30, the Supreme Court ruled that all movie theatres must play the anthem before screenings and everyone must stand.

Last week, the court amended a widely questioned part of its order and said the doors of the theatre must be shut but not bolted when the anthem is playing.