It's the second week of lockdown and the good news is the coronavirus isn't running amok in India so far. Despite cases like the religious gathering at Nizamuddin in Delhi, which may cause a spurt soon, the growth rate of COVID-19 cases on an all-India basis remains remarkably steady at around 18% per day after the all India figure crossed 100. If we compare where Italy or Korea were 17 days after 100 cases, we are far, far below; at about 11% of Italy (one of the worst hit) and about 20% of Korea (which controlled the spread well) at the same point of time.

There is a very strong argument that the reason that our cases are running so low is that we haven't done enough testing and that there are probably many hidden clusters like the Nizamuddin one waiting to be discovered. But there is the very obvious evidence that there hasn't been an overwhelming rush at hospitals. Given that Indians travel as five to one patient, we should have seen huge crowds outside key hospitals. There are no reports of that as yet. 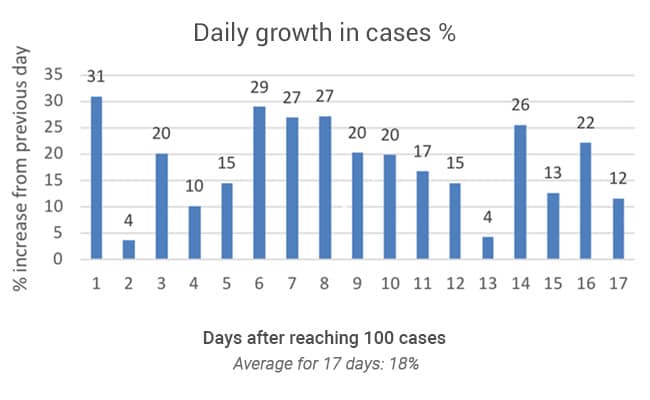 The argument is not to treat India as one whole, given the population, but look at the states as units and see what is happening there. So far only five states have crossed the critical 100-mark and only in Maharashtra and Kerala, where cases sprouted earliest, have there been strong upward trends. 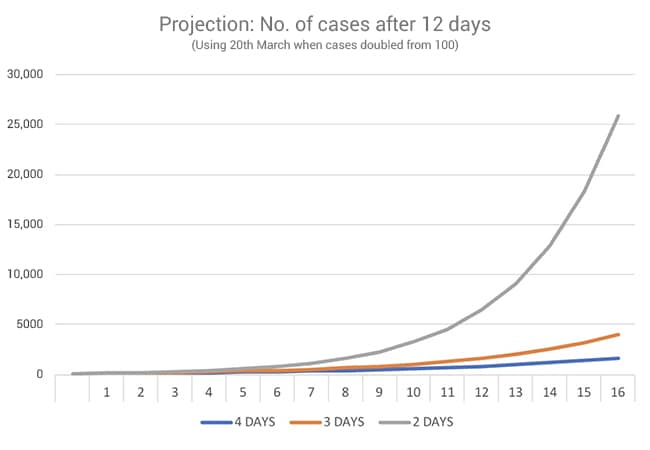 We can also take some solace from the fact that the virus has only spread to about 160 districts in India out of 720. But the districts include all the major urban centres.

The lockdown has helped maintain social distance in the towns, but there remain two major worries:

In urban areas, social distancing is not that feasible, especially in jhuggis, chawls and low income housing, and therefore any outbreak in them could lead to a huge spike in number.

In rural areas, the concern is whether the homecoming migrant labour carried the virus into their villages or whether states managed to quarantine them, as UP claims to be doing. Without detailed field reports, these remain areas of concern.

In the second week of the national lockdown, cases that now start coming in should only be those that started during the lockdown period. This is based on the general understanding that the infection only shows up on average between 3-7 days (in 95% of cases). So this may lead to the belief that there will be a flattening out since people have been separated. That is not necessarily the case because:

A) We are not sure of hidden cases from prior to the lockdown having spread in families after the lockdown.

B) The degree of separation that can be maintained within a family and therefore a large number of sequential cases within the same family. That is to say that A gives to B on day 2 of lockdown which is transmitted by B to C and D on day 8 and to E on day 12.

The Italian experience is that there was no slowing down of cases after the first week of lockdown and the increase has continued until the third week, which has seen the first flattening of the curve. Italy has in fact extended the lockdown by two weeks to the middle of the April. 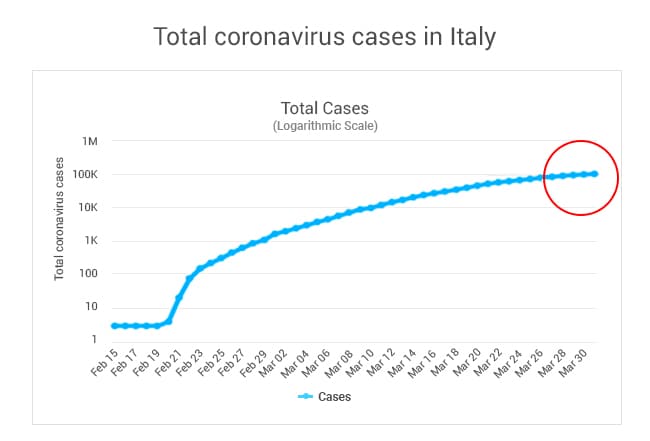 While Italy may be a marker, since we haven't as yet had the same experience, it is possible that we may escape the worst of the European experiences because we went into lockdown much earlier and also, we had cut connections with the world even before that.