In 1993, a Bangladeshi writer popular in her own country but little known outside, published her fourth novel. It told the story of a Hindu family whose commitment to the idea of Bangladesh is slowly eroded by the communal violence that they face. The novel Lajja became an international best-seller, but it was banned in its home.

Lajja was about Hindus forced escape to India because of the religious persecution they faced in Bangladesh. But it was the novel's Muslim creator, Taslima Nasreen, who had to flee her country when thousands of fanatics turned up on the streets demanding her execution. So Nasreen, a Muslim, was as much a victim of religious persecution as the fictitious Hindu family she had created.

When Amit Shah introduced the Citizenship Amendment Bill (CAB) in the Rajya Sabha yesterday, he made it clear that there'll be no place in India for any Taslima Nasreen. He said, "Refugees from Pakistan, Afghanistan and Bangladesh cannot be given citizenship in India." He prefaced that by saying, "Indian Muslims have nothing to fear." 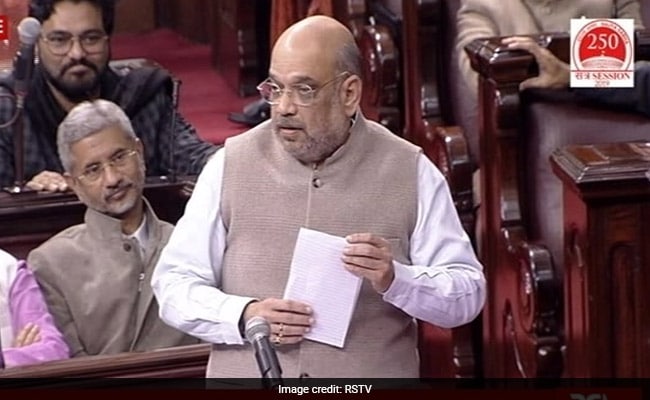 Why does Shah's assurance to Indian Muslims sound hollow? One reason is that the CAB reveals, in sharp focus, the Modi-Shah vision of Indian citizenship. That vision believes India was partitioned on religious lines in 1947 - Muslims took Pakistan and Hindus got India.

What the Modi-Shah version of India's history forgets to tell us is that not only was the Indian state founded on the idea of the equality of all religions, so was Pakistan. In his speech to Pakistan's Constituent Assembly on August 11, 1947, Jinnah said, "You are free to go to your temples, you are free to go to your mosques or to any other place or worship in this State of Pakistan. You may belong to any religion or caste or creed - that has nothing to do with the business of the State."

PM Modi's one-time mentor, LK Advani, recounted this speech when he visited Jinnah's mausoleum in June 2005, and hailed Pakistan's founder as an "ambassador of Hindu-Muslim unity". Of course, we know that within a few months of Jinnah's death in 1948, Pakistan made its first step towards becoming an Islamic republic when Liaquat Ali Khan declared that God was the sole sovereign of the entire universe. 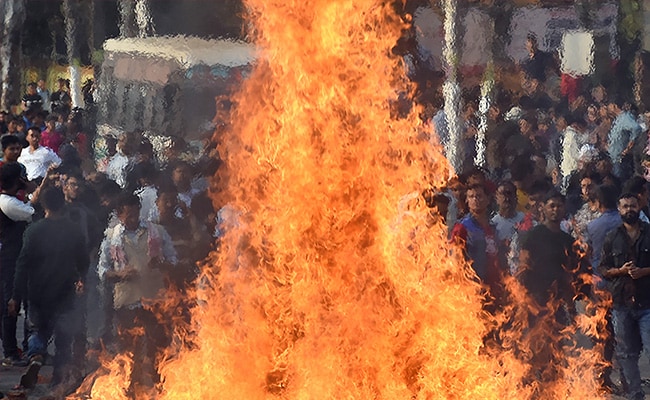 The point, however, is that millions of Muslims had already chosen Pakistan before it became an Islamic state. One could argue, they felt safer in a Muslim-majority nation, but didn't want a state based on Islam. Such Muslims have as much of a right to return to India if they face religious persecution as Hindus who chose to stay on in Pakistan after partition.

The case is even stronger for Muslims in the erstwhile East Pakistan. The very creation of Bangladesh challenged the idea that Muslims in the subcontinent constituted a nation. Bengali Muslims decided their nationhood was based on their language and they had nothing in common with Punjabi and Sindhi Muslims.

In fact, even though the 1972 constitution of Bangladesh began with an invocation to Allah, it pledged itself to the "ideals of nationalism, socialism, democracy" and "secularism". Secularism was removed from the constitution in 1977 by Zia-ur Rehman and it was only in 1988 that General Ershad made Bangladesh an Islamic republic.

Arguably, there are millions of Bangladeshi Muslims, like Taslima Nasreen who feel persecuted by their country's religious turn. Such people may very well want to seek citizenship in a secular country like India. The Citizenship Amendment Bill simply refuses to recognise that possibility, or even its legitimacy. 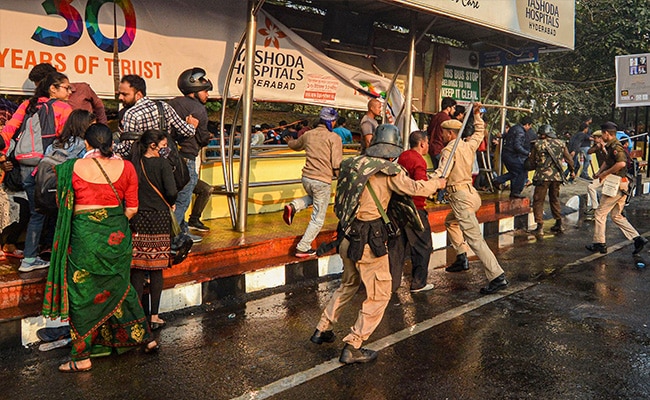 Police lathi-charged protesters opposing the CAB in Guwahati on Wednesday

In effect, the CAB says that even if Muslims believed that Pakistan or Bangladesh will be secular, they made their bed in 1947. Hindus, on the other hand, have the right to choose even now, because India is the natural home of Hindus. Along with them, the door has been opened to five other religions, three of which come under the umbrella of Hindu personal law.

This is what makes the bill, which is ostensibly about minorities outside India, actually about minorities inside India. The founding premise of the CAB is that, unlike in the case of Hindus, India is not the natural home of Muslims. It is a thinly-veiled message that Muslims who chose India over Pakistan will be tolerated, but this is not their land.

Amit Shah's promise of a nationwide National Register of Citizens (NRC) bolsters this message. It generates fears amongst Indian Muslims, real or imagined, that the NRC might de-recognise them and rob them of their citizenship. While Hindus who might also fall through the NRC exercise can then recover their citizenship by claiming to be victims of religious persecution, Muslims will have not have that option.

A large section of people in the North-Eastern states see the CAB as a trick to legalise the presence of Bangladeshi Hindus in their states, especially those who have been derecognised by the disastrous first round of NRC in Assam. This is what has set the North East on fire. If this fire spreads across India, it could consume our entire social fabric.