People belonging to SC/ST groups wouldn't have been oppressed had the British ruled India for another 100 years, says Rajasthan BSP chief 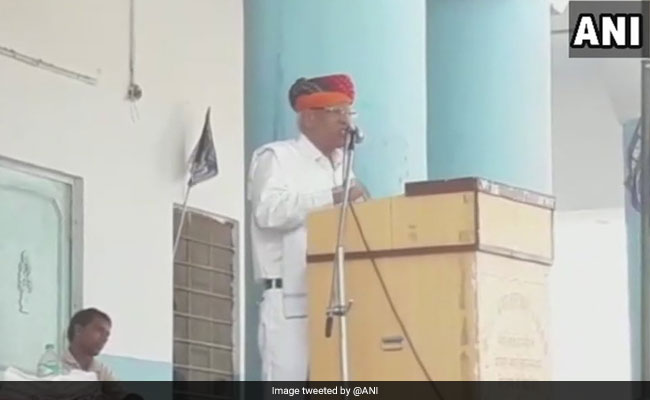 The Rajasthan BSP chief has claimed that people belonging to the Scheduled Castes and Scheduled Tribes "wouldn't have been oppressed" if the British had ruled India for another 100 years. Speaking at a campaign rally in Jaipur on Thursday, Dharamvir Singh Ashok also said, BR Ambedkar, the architect of our constitution, wouldn't have been able to do anything if the British didn't give him the "opportunity" to study.

"The British should've ruled the country for 100 years more. Had that happened, people of the SC/ST and Other Backward Castes wouldn't have been oppressed. Under the British rule, Babasaheb got the opportunity to study. If they weren't there no school would have admitted Babasaheb Ambedkar," said the Bahujan Samajwadi Party leader.

Dharamvir Singh Ashok has been campaigning aggressively in Rajasthan, where Mayawati's BSP is contesting in all 200 seats for the Assembly elections scheduled on December 7.

The party won three seats in the 2013 assembly elections by securing a 3.37 per cent vote share. "We are expecting to increase our tally in the 2018 elections because people are unhappy with both the BJP and the Congress. There is resentment against the ruling BJP and the people are not seeing any hope in the Congress," said Bhagwan Singh, another BSP leader in Rajasthan.

Party chief Mayawati will soon hold rallies in different parts of the state, said Mr Singh. BSP is focusing on districts in eastern Rajasthan like Bharatpur, Dholpur, Karauli, Sawai Madhopur, Alwar and few districts in the north like Hanumangarh, Sriganganagar and Bikaner, as these areas have a significant number of SC/St population. In the state, out of the 200, there are 34 SC and 25 ST seats.

Sitting BJP Lawmakers In Rajasthan Fear Party May Drop Them