Year After San Bernardino, US Grapples With Lone Wolf Attacks 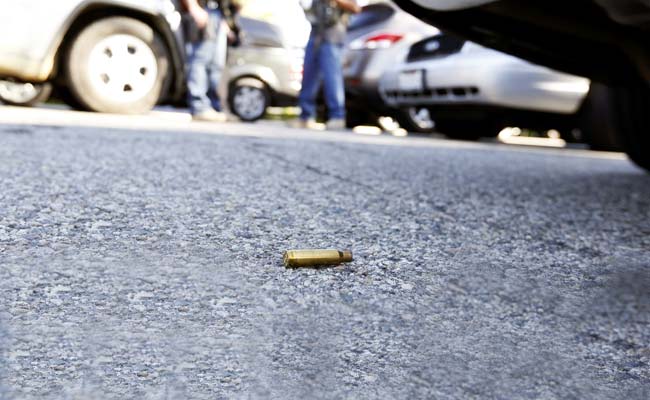 San Bernardino brought home to many Americans the reality of the threat from jihadist violence.

Los Angeles: One year after a newlywed couple stormed an office party in San Bernardino, California, killing 14 people and injuring 22 others, the country is still grappling with how best to thwart such lone wolf attacks.

The evolving threat facing law enforcement, experts say, was illustrated again this week in the car-and-knife attack by a Somali-born student in Ohio, the latest in a string of such assaults over the past 12 months.

"We are entering a very dangerous phase because the type of attacks that are occurring are ones that are incredibly difficult to fend against," said Jens David Ohlin, an international law professor and security expert at Cornell University.

"These are very low-tech attacks with one or two individuals using a firearm, possibly an automatic weapon ... and in the Ohio attack it was just a car and a knife."

Such attacks have exposed the new challenge facing the United States and other western countries as the ISIS and other jihadists take their message into cyberspace, using the internet and social media to encourage radicalization.

By far the bloodiest occurred in June, when 49 people died in a mass shooting at a nightclub in Orlando, Florida, carried out by a gunman who pledged loyalty to the ISIS.

But last year's December 2 shooting in San Bernardino by Syed Rizwan Farook and Tashfeen Malik -- who left behind a six-month-old daughter -- at the time marked the deadliest terror assault in the United States since the September 11, 2001 attacks.

Authorities say the Pakistani-born Malik -- who met her future US-born husband on a Muslim dating website and married him in Saudi Arabia -- had pledged allegiance to ISIS on Facebook and was instrumental in radicalizing Farook.

San Bernardino brought home to many Americans the reality of the threat from jihadist violence.

A number of commemorative events, including a memorial mass, a vigil and a remembrance ceremony, were being held in the area on Friday to mark the one-year anniversary of the attack.

'That World Is Gone'

Experts say such homegrown attacks are likely to occur more and more often as radical networks exploit the web to recruit and spread jihadist propaganda.

Investigators believe the student who injured 11 people in Ohio this week was also inspired by ISIS, which identified him as a "soldier" of the group.

"You're living in a far different world where you don't have this sort of 9/11 model with some terrorist trained overseas coming into the US with a legal or phony visa and then perpetrating an attack," said Abraham Wagner, a senior fellow at the Center for Advanced Studies on Terrorism.

"That world has basically passed by... and now you have people recruited often on the internet ... and groups (like ISIS) are getting better and better at it."

Reflecting the view of many in the law enforcement community, Wagner said US intelligence services had failed to monitor and analyze social media postings by ISIS and its followers because the various agencies were not pooling resources and "connecting the dots" when trying to identify potential threats.

One example of this disconnect, he said, was the Orlando attacker who had been interviewed three times by the FBI for suspected terrorist sympathies but was never charged for lack of evidence.

"The FBI didn't have a case against him but had they looked at his social media postings" it would have raised a red flag, Wagner said.

"We could do a great deal better with the kinds of technologies and resources we have."

There is also some concern that President-elect Donald Trump's anti-Muslim campaign rhetoric could embolden potential attackers.

Trump's choice of national security advisor, Michael Flynn, is a former military intelligence chief who sees terrorist Islam as the biggest threat to global stability and has courted controversy with statements that critics say border on Islamophobia.

"Certainly, the way the Trump campaign couched this as a clash of civilizations between the West and Islam was not helpful and it may make matters worse," Ohlin said.

"But it's also important not to overstate the point because the United States was already engaged in a military campaign against ISIS ... before Trump showed up," he said, using an alternate acronym for the group.

One other challenge facing the intelligence community as it deals with ISIS's unprecedented use of the web to further its agenda, is how to protect the country without infringing on basic human rights and international law.

But the new reality, for both Ohlin and Wagner, is that the number of lone-wolf attacks on US soil is likely to continue to rise, even with the best possible intelligence.

(This story has not been edited by NDTV staff and is auto-generated from a syndicated feed.)
Comments
San BernardinoSan Bernardino attackUS attacksOhio attackISISISIS Attacks