A Wisconsin woman is accused of hiding her mom's body for months. She later told authorities that she had been collecting her late mother's government income. 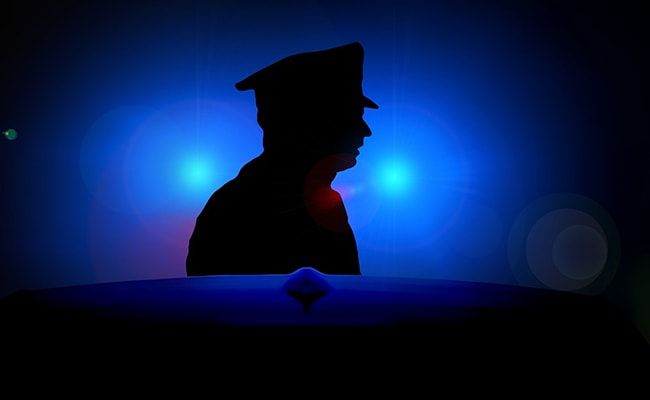 The woman admitted to a detective that her mother had died and that her body was in the house.

A Wisconsin woman hadn't seen her neighbor in months. When police made a welfare check to the missing neighbor's Peshtigo, Wisconsin, home, they discovered the woman's daughter had been keeping her death a secret to collect her mother's Social Security check.

Paula Ann Bergold, 60, is charged with two misdemeanors for failure to disclose her mother's death and felony for hiding a corpse.

Christy Jardine she hadn't seen her neighbor, Ruby Bergold, since about May, according to the criminal complaint filed Monday.

The elderly woman, who would normally keep her blinds open and her television or radio turned on, also wasn't responding to the many concerned voice messages Jardine had left. Desperate to know that Bergold was fine, she started leaving messages with Paula Bergold, assuming that she would receive the messages, too. Paula lived down the street from her mother. Ruby never called Jardine back, according to court documents.

Paula finally responded to Jardine's message when she expressed concern about Ruby. Paul said her mother was fine and still living in the house. She denied Jardine's request to see her mother on September 6, claiming that her mother didn't want to see anyone.

Unconvinced, Jardine called Ruby's nephew, who requested that authorities perform a welfare check. Police had responded to two similar calls on September 12 and 13, where police observed several small loose mothballs on the ground, according to the report.

Marinette County Sheriff Jerry Sauve said welfare checks consist of looking at a person's mailbox and noticing what can be seen through windows.

"When officers went they could see mail had been brought in. They weren't overly suspicious," he said in a telephone interview with The Washington Post, adding that groceries had even been brought in the house.

Jardine went back to her neighbor's home on September 12 to chop down weeds and to check around the property, according to the report. Again, she didn't hear Ruby's television or radio. She yelled into a window, hoping for Ruby to respond. She didn't get one from Ruby.

Paula showed up that day and told Jardine she could discontinue the yard work she had been doing for her mother. Paula seemed fine with Jardine's plan to see Ruby on Sept. 17, but Jardine was met with a note that read "Ruby has gone out of town to visit some friends of ours," signed by Paula that day. Jardine called police.

Deputies found notes taped to a window and doors.

One of the responding officers on the scene for the welfare check caught a faint whiff of decay, an odor his years of training and experience had taught him was from a dead body. The scent of decay was throughout the recently manicured lawn, but officers couldn't trace its origin.

"Anyone that's been in law enforcement for some time, when you smell that, it stays in your brain and you can't get that smell out," Sauve said. "That smell stays with you."

The moth balls that were previously seen had deteriorated. There were also many moth balls in the back of a vehicle that was parked in Ruby's driveway, according to the report.

Police continued to look at the home from the outside, seeing several newer packets of moth balls set up near each of the entry doors and newer handwritten notes on the counter tops, according to the criminal complaint.

Paula arrived a short time later, telling deputies that her mom was out of town and declining ways that they could reach her. She gave deputies keys to enter the home, but told them her mother would not be there.

Instead of finding Ruby, they found a recliner chair covered with a blanket, large amounts of Borax detergent covering the carpeted floor and a red-colored walker in front of the recliner, according to the criminal complaint.

Canes, wheelchairs and clothes on hangers indicated that someone had not gone on a long trip. The basement had multiple containers of bleach, ammonia and bags of unopened barn lime. The faint odor of decay could be smelled in the basement, according to the report.

Sauve said the cleaning agents Bergold used can be very effective in getting rid of odor.

Officers photographed the home and later told a detective of their disturbing sightings.

Paula later admitted to a detective that her mother had died and that her body was in the house.

She said she couldn't bring herself to call police when she discovered her mother's dead body in the same chair police saw covered with a blanket. When her mother's decomposing body started smelling, she placed it in a tub and dragged it down to the basement. The medical examiner later confirmed the body to be Ruby's based on the serial number of the pacemaker found inside her body, according to court documents.

Paula, who served as her mother's power of attorney, confessed that she had been living off her mother's income of social security checks, stocks and dividends from her father's retirement. Her father had set up a trust for all the money and residences that was controlled by the bank. The money, she said, was a factor in her not reporting her mother's death, according to court documents.

She made her first appearance via video conference on Monday, where bail was set at $10,000. Her next court appearance will be October 7, according to public records. If she's found guilty on all three counts, she faces up to 13 years in prison and $36,000 in fines.

"This is not only a very unusual case for us, it's a sad case," Sauve said. "The dignity of the deceased was not honored."